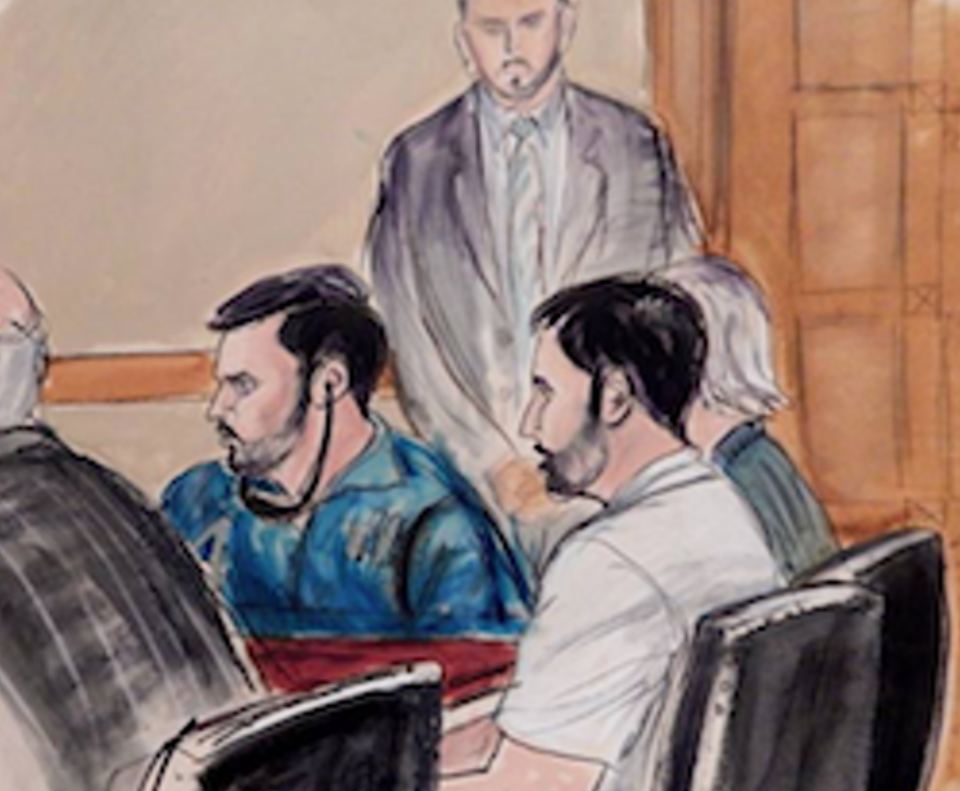 (Today Venezuela) At least two witnesses in a politically-charged drug case involving relatives of Venezuela’s president have reportedly been murdered, raising questions about whether the so-called “narco nephews” were part of a larger trafficking operation.

According to court documents reviewed by InSight Crime, a confidential witness referred to as CW-1 informed the US Drug Enforcement Administration (DEA) in October 2015 about an alleged cocaine trafficking conspiracy involving Efrain Antonio Campo Flores and Francisco Flores de Freitas — nephews of the wife of Venezuelan President Nicolás Maduro.

Campo and Flores currently face charges in US federal court of plotting to ship hundreds of kilograms of cocaine obtained from the Revolutionary Armed Forces of Colombia (Fuerzas Armadas Revolucionarias de Colombia – FARC) from Venezuela to Honduras and ultimately to the United States.

The nephews were arrested in a November 10, 2015, sting operation in Haiti. CW-1 was killed less than a month later in Honduras.

The court documents describe CW-1 as a “Honduras-based drug trafficker” who began cooperating with the DEA shortly after he was indicted in May 2015 on drug charges in the United States. CW-1 was also known as “El Sentado” (The Seated One) because he was confined to a wheelchair as a result of an accident.

Flores and Campo met El Sentado through a Venezuelan contact referred to as “Hamudi,” who introduced the two to El Sentado’s employee “El Flaco,” also known as “El Negrito.” El Flaco eventually introduced Flores and Campo to a confidential source known as CS-1, or “The Mexican,” who provided evidence against the nephews to the DEA.

According to the court documents, Hamudi was murdered just 15 days before Maduro’s nephews were arrested.

The Miami Herald, citing anonymous sources “familiar with the situation,” reported on July 28 that two DEA informants involved with the Flores and Campo case have been killed “by the drug suppliers of the Venezuelan nephews.”

The Herald identified one of the victims as CW-1, or El Sentado. But the newspaper did not specifically identify the other victim, instead referring to that person as someone who was in Venezuela and “was part of the covert operation which led to the arrest of Maduro’s nephews.” It is possible, but not confirmed, that this refers to Hamudi.

Like the second victim, the murderers’ identities remain unclear, as do their motives. It is interesting to note, however, that much of the most damning evidence against Campo and Flores comes from the two men themselves in the form of video and audio recordings of their meetings with alleged drug traffickers as well as signed, written confessions provided to DEA agents soon after their arrest.

Both Flores and Campo have pleaded not guilty to the drug trafficking charges.

The murder of witnesses in the Campo and Flores case adds another level of mystery to an already curious case. InSight Crime has previously raised the possibility that the president’s nephews may not have been “the brains” behind the trafficking operation. Rather, they may have been serving as political cover for the Cartel of the Suns — the drug trafficking group composed of members of Venezuela’s security forces.

If this is the case, it is possible that the witnesses were murdered as revenge for their participation in the investigation, or to prevent them from revealing the identities of others who may have been involved in the trafficking scheme. Such an action would entail significant risk, however; retaliating against a witness is considered a serious federal offense in the United States, punishable by death or life in prison.

It is also worth mentioning that an unidentified benefactor has been paying the nephews’ legal costs. This suggests that there are parties interested in ensuring that neither Campo nor Flores end up striking a plea bargain that could require them to provide information on other suspects in exchange for legal benefits. Who exactly that might be remains unclear, but a number of top Venezuelan officials have previously been accused of involvement in drug trafficking.

QCOSTARICA - The Ministry of Public Works and Transportation (MOPT) announced Thursday that it will grant a grace period for six (6) more months...
Dollar Exchange

QCOSTARICA - Friday night, Costa Rica paid tribute to the memory of all the people who have lost their lives due to the pandemic...
Business

QCOSTARICA - Panasonic announced that it will invest US$10 million dollars in the expansion of its plant in Costa Rica, in order to move...
Venezuela

TODAY VENEZUELA – The Central Bank of Venezuela (BCV) announced Friday the introduction of three new banknotes: 200,000, 500,000 and one million bolivars. But with...
National

QCOSTARICA - After almost three years of starting the work and four before that to the get contract awarded, authorities of the governments of...
Fashion & Beauty

Q MAGAZINE - Miss Costa Rica 2020, Ivonne Cerdas, will soon be traveling to Florida to represent the country in the Miss Universe pageant. After...
Economy

QCOSTARICA - The International Monetary Fund (IMF) finally said yes to the loan for almost US$1.78 billion and to the fiscal adjustment commitment proposed...
San Jose

QCOSTARICA - After a year of no work, engineers, technicians, producers, cleaners, food and beverage personnel, among others, held a peaceful march this Thursday...