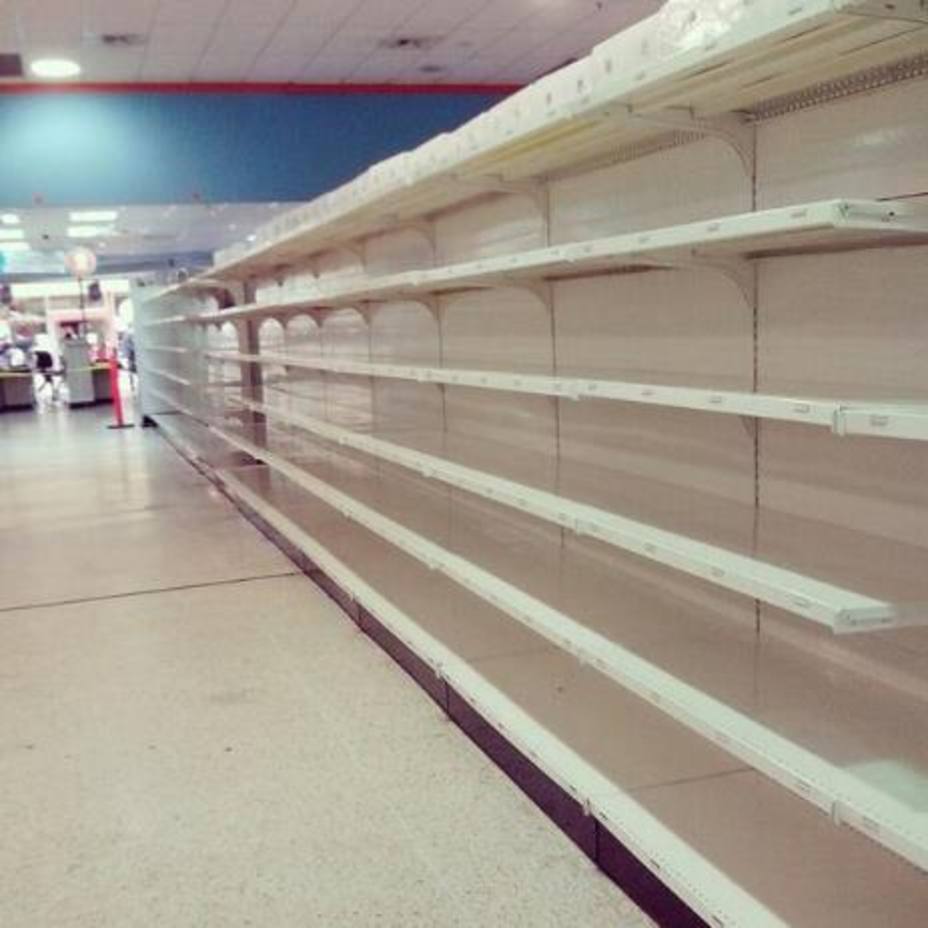 (Today Venezuela) Shortage has resulted in increasing malnutrition in children. A long-standing problem in Venezuela, it has worsened in the absence of dairy formulas and protein-based food, Efe reported.

Such is the opinion of the representative of the Venezuelan Medical Society of Childcare and Pediatrics, Livia Machado. She warns that scarcity is present both in hospitals and schools.

Rosibel Martínez’s children mirror that reality. Martínez, 37, is a single mother, a seller of pastries, and mother of five children. One of them is a seven-month, undernourished baby; another is a teenager.

Dilan, born in the 37th week of pregnancy with 2.5 kilos, was breastfed until he was four months of age. Her mother had to go out to work for her home sustenance.

During that period, the child was also fed with dairy formula, if they “were lucky to find it.” However, three months have passed and no more dairy formula has been found.

“Last time I bought a small can for 5,000 bolivars (…), which lasts one week. Mix milk with cornstarch to make it last,” Martínez explained.

In view of that, she would feed her baby with cornstarch water, fermented maize, papaya and celery soups that, sometimes, do not include proteins because of the high cost of beef and poultry. As a result, the infant has lost 2.8 kilos in the past month.

Recently, Dilan was admitted to hospital with diarrhea and dehydration. Doctors confirmed that he had five kilos only, less than 7.8 kilos last month.

“It is because the lack of proteins,” one of the treating doctors told Efe. He asked not to be mentioned by name for fear of reprisals by the authorities.

According to nutritionists, the crucial age of human beings covers the first two years of age. During that time, physical and intellectual development is defined; therefore, nutrition plays a key role.

“Protein deficit diminishes albumin and children edematize, a characteristic of one of the most severe cases of malnutrition,” Dr. Machado told Efe.

She added that malnourishment results when the body receives “no nutritional food, such as proteins (…) because it does not produce enzymes, pneumo-globulins; hence, children are exposed to community germens (…) and milk is an irreplaceable meal in the nutrition of children under two years old.”

The baseline pediatric center in Venezuela, JM de Los Ríos Hospital, has sorted out the situation thanks to donations from the United States and Spain, according to Ingrid Soto, the head of the Nutrition Service. In other medical centers, however, there are neither dairy formulas nor donations.

As a result, some mothers feed their children “with flour, spaghetti water, whatever they can get, either rice or maize,” Machado said.

Dilan’s sister, a 14-year-old high school student, told Efe that she has dropped some lessons because she has nothing to eat. She even fainted in the physical training course because she had not taken breakfast.

“I was called from the school to query why my children were missing so many classes, so I replied: ‘Look, teacher, I have no food. How can I do if I don’t have food to give my children,” Rosibel recalled. “Never before had I experienced such a situation.”