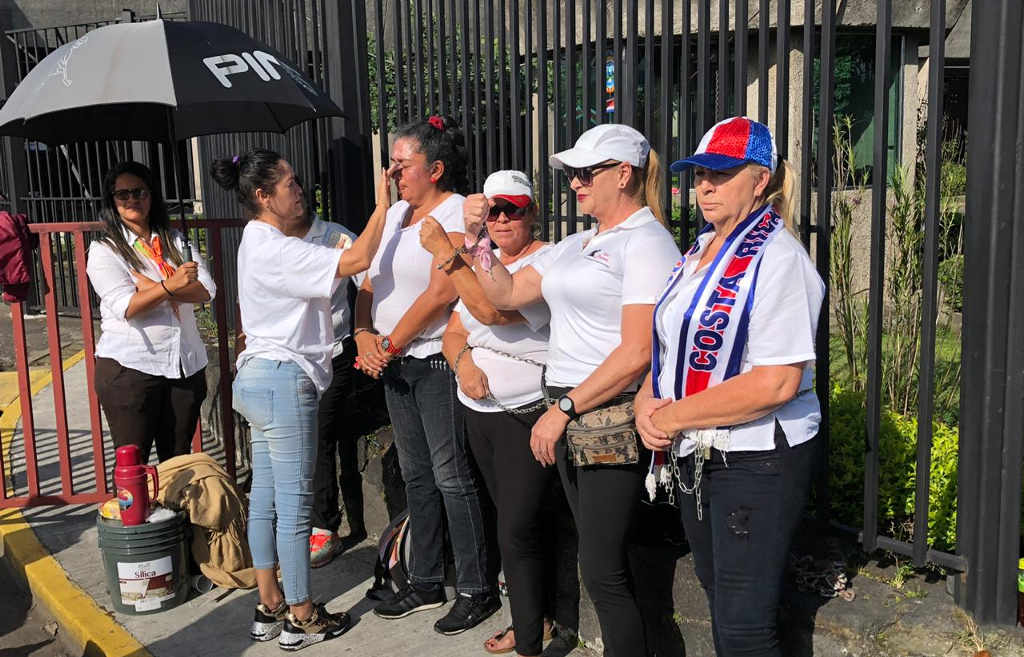 A group of at least 5 female taxi drivers chained themselves against the gates of Casa Presidencial (Government House) from the early hours of Tuesday morning, with the aim of President Carlos Alvarado attending to their complaints.

The women, some with some 30 years of dedicating themselves driving a taxi, chained themselves around 3:00 am as part of the protest called by the union leaders in protest – of the bill that aims to regulate transport platforms such as Uber.

The taxi drivers say that every day their economic situation gets worse, some claim to have lost their vehicles, houses, way of living can’t even bring home enough to feed their children, all because of government inaction to shut down operations like Uber.

A bill is currently in the legislative process to legalize Uber and other transport app operators.

- Advertisement -
Paying the bills
Previous articleTaxi Drivers At It Again With Blockades This Tuesday
Next articleIt’s September and Teachers Are Back On Strike. Again.

QCOSTARICA - After years of deterioration and antiquity, work...
Front Page