Total changes would be ready in April, according to the MOPT

On Monday, the first works began for a series of road changes in the area of the Juan Santamaria international airport in Alajuela, focused on streamlining traffic.

The initial works consisted of the removal of earth on lands adjacent to the General Cañas, for the construction of a “loop” that will connect the Ruta 1 with Ruta 2 (Rio Segundo) and the connection to the radial Alajuela.

This new loop will have two lanes and will allow access to Ruta 3, eliminating the turn right to Heredia or left to Alajuela that is now at the traffic lights.

According to the Minister of Obras Públicas y Transportes (MOPT), German Valverde, these are first of a set of works to improve the intersection, that would be fully completed by April. 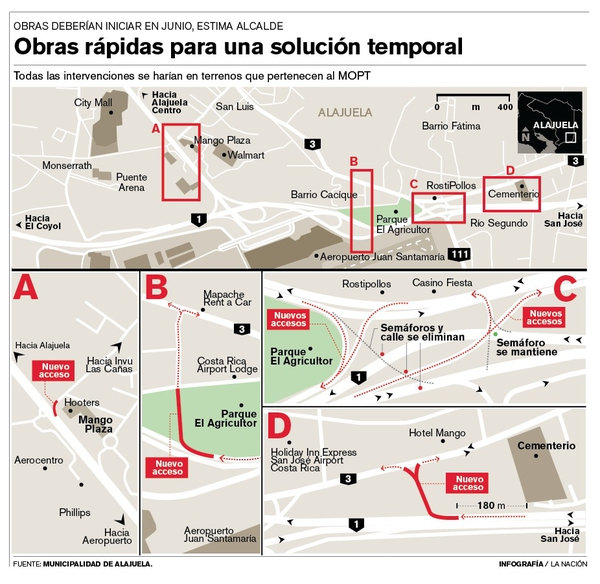 Despite enabling electronic payment on Ruta Uno, drivers must stop

QCOSTARICA - The tolls on the Ruta Uno at Río Segundo...
Read more

QCOSTARICA - The government announced this Friday afternoon that...
Health