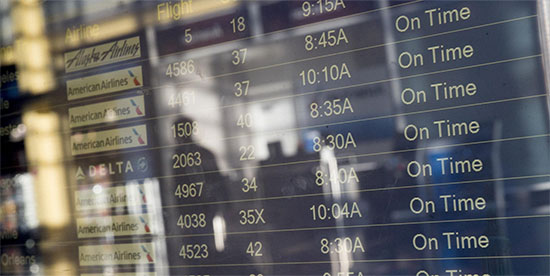 Aviación Civil (Civil Aviation) on Friday issued a ‘yellow alert’ at all international airports in Costa Rica, as a preventive measure, increasing the security controls in the perimeters of Liberia (LIR) and San Jose (SJO) airports while the national strike continues.

The General Director of Civil Aviation, Guillermo Hoppe Pacheco, on Friday said, “Today the General Directorate of Civil Aviation declared a yellow alert at all International Airports in Costa Rica, as a preventive way, increasing all the security controls in the perimeter areas of the airports, at the access points to the terminals and in the most vital airport facilities”.

The alert is not expected to affect airport operations, to which continued operating as normal, according to a press release from Casa Presidencial.

“We do this to ensure the safety of all passengers and operators,” concluded Hoppe.

In previous days, access to the Juan Santamaría Airport (San Jose) airport terminal was strictly limited to passengers duly identified with their passport and its operating personnel.

- Advertisement -
Paying the bills
Previous articleWhat if there was a party and nobody came?
Next articlePagans Step Out of the Shadows in Sunny Costa Rica