COSTA RICA NEWS — Still another scandal about the country’s housing agency INVU has surfaced. There can be no doubt about the corruption involved in the Villa Paola housing project at Guarari, Heredia, says INVU president Sonia Montero. The Guarari project surfaced earlier this year as a corruption-plagued INVU neighborhood. 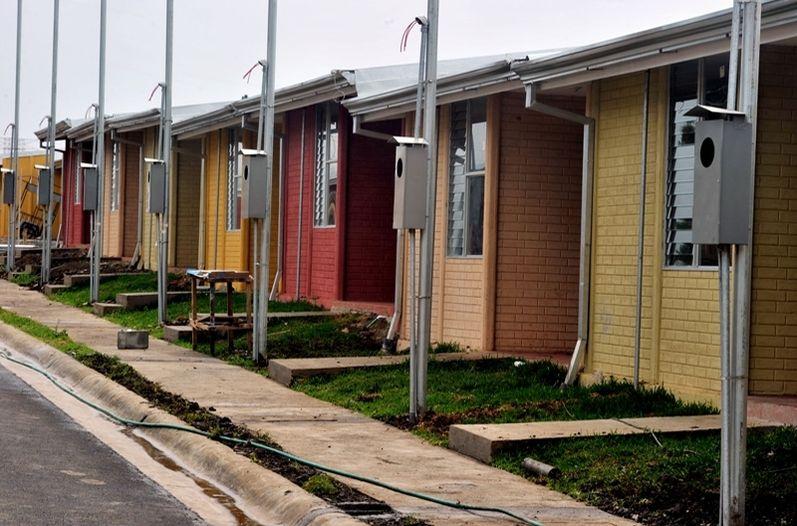 “This is not a suspicion,” said Montero grimly, “It’s absolutely certain that, of the 250 families qualified to inhabit the project in 2009, 67 applications were removed to put in other names.” This indicates that Montero ordered reviews of many projects from the past.

One of the earliest was reported in Heredia when several officials were accused of placing family members in the low cost housing, including the supervisor of a project and an engineer. (See Detectives Raid INVU, Bank for Proof.) When the Citizen Action Party won the election and took over in May, their officials have been wielding a new broom.

Montero told La Nacion that the new accusations have been turned over to prosecutors who already have begun new criminal cases involving INVU. Among the qualifications needed for INVU housing is that one must not have property and receive income below a certain figure.

Montero named names when she spoke with the paper, giving the example of Luis Froilan Salazar. He received a house despite the fact that records show a mortgage in his name of 29 million colones. Two familiar names have popped up: Amarilys Aguilar and Arturo Arguello.

Aguilar was director of Social Interests at INVU and was fired earlier this year for another series of corruption accusations. Arguello had to do with execution of projects. Court prosecutors raided the INVU and Banhvi (housing bank) offices Aug. 27 to gather evidence of corruption.

The law requires that the family of a recipient of an INVU home earn no more than twice the minimum wage for an unskilled worker, which would be today 556,414 colones monthly. The troubled Guarari project was financed by Banhvi and executed by INVI.

Housing Minister Rosenda Pujol lamented that families that did not merit poverty housing received the modest homes. She said the problem “had little to do with the past Administration. The problem stems from National Housing Financial System nearly from its inception.”

QCOSTARICA - This week there could be very good news for the country in the fight against the coronavirus pandemic if the College of...
Consumption

Costa Rica has some of the best beaches in the world. The coastline is blessed with golden sand, beautiful palm trees, and perfect blue...
Cine (Movies)