You Should Never Wash Raw Chicken Before Cooking it 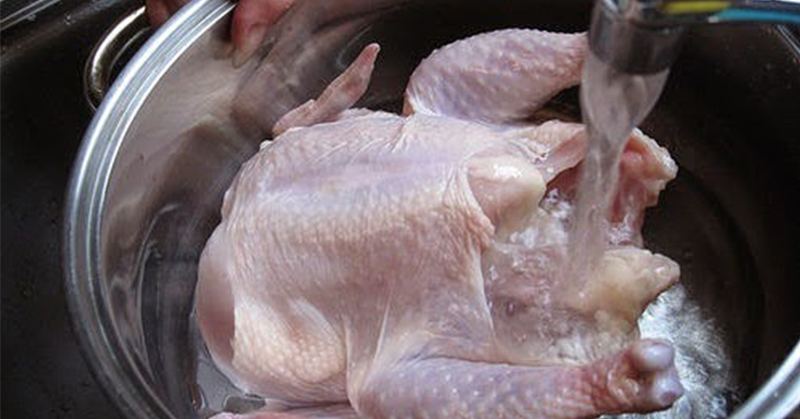 QHEALTH – Chicken is consumed by people all over the planet. In Costa Rica “pollo” is a staple food item at home and in restaurants.  Pollo frito is perhaps the most common. And many of those people before cooking it, they wash it. They do that in order to eliminate the bacteria that raw chicken has, because the bacteria that raw chicken contains can be harmful to humans.

But what if washing your chicken before cooking is actually doing the opposite?

According to the Food Standards Agency in the UK, washing your chicken can increase the spread of those harmful bacteria rather than eliminating them.

This you may think is nonsense, but here is why washing raw chicken might be harmful for your health.

Like me already known, raw chicken is full of bacteria that can cause many troubles to human’s life. Two most common types of bacteria that caused food poisoning in North America are from campylobacter and salmonella. Both can be found in raw and uncooked chicken.

Salmonella can cause many troubles to humans, and it can even lead to death in some cases. This group of bacteria is commonly found in the intestines of birds. Diarrhea, nausea, vomiting, fever and abdominal cramps are the symptoms.

Here is how to avoid food poisoning

All you will have to do in order to eliminate all the harmful bacteria in your chicken is you make sure you cooked it well, and before serving it to be steaming hot. You can check also by cutting into the thickest part of the meat and if there is no pink meat and all the juices run clear, your chicken is safe to eat.