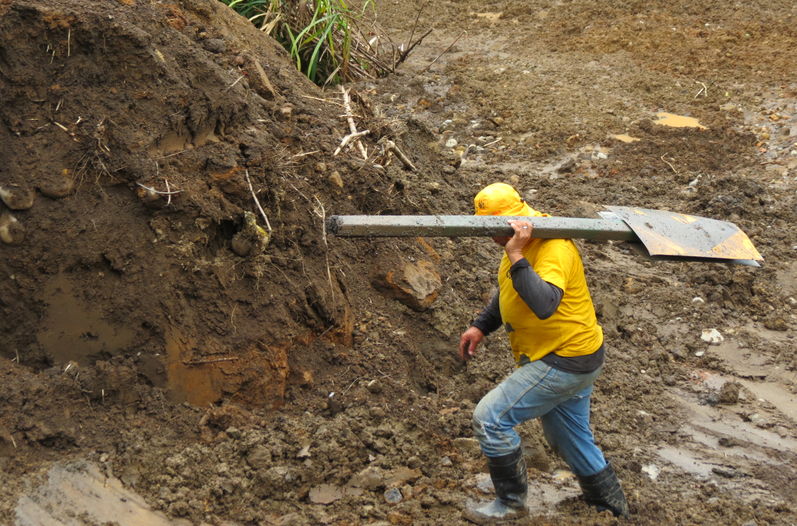 COSTA RICA NEWS — Geologists of the Comisión Nacional de Emergencias (CNE) – National Emergency Commission, say that more than half of the country is prone to landslides.

The geologists, using a complicated map, have identified some 60% of national territory at risk of landslides due to the type of soil, erosion, broken topography, volcanoes and rivers that combined, with the heavy rains of the October and November, can become disastrous.

According to geologist Lidier Esquivel, manager of the Research and Risk Analysis at the CNE, the fragility of the land can be the cause of small, but also large landslides.

Last month, heavy rains were the cause of more than 40 landslides along the Ruta 32, the road from San José to Guapiles, shutting down the road, stranding more than 1.200 people.

“We expect a very rainy October and that will cause problems in the Central Valley (…), ”  said the geologist.

According to Esquivel the hills of El Tablazo, in Desamparados; El Burío, Tapezco and Chitaría, in Santa Ana; Cascabela in Alajuelita; Calle Lajas in Escazú, and a number and several sites in Coronado and the northern part of Montes de Oca (San Pedro) are some of the areas identified by the CNE as high risk. Local emergency committees have been placed on alert, keeping a close eye on the risk areas.

Other areas that could be at risk of landslides are: La Carpintera, in Cartago; areas of Turrialba and Perez Zeledon.

The landslides also play havoc on the country’s roads, major routes like the 32 to Limón. The Interamericana (ruta 1) Norte and Sur  (Ruta 2) to a lesser degree nowadays as traffic moves onto the  Ruta 27 (San José – Caldera) for the Central and North Pacific and the Costanera for the southern zone.

David Melendez, director of the Emergency Ministry of Public Works and Transport (MOPT), says “not surprisingly” the MOPT has machinery dedicated for emergencies. “We are a mountainous country,” added Melendez. 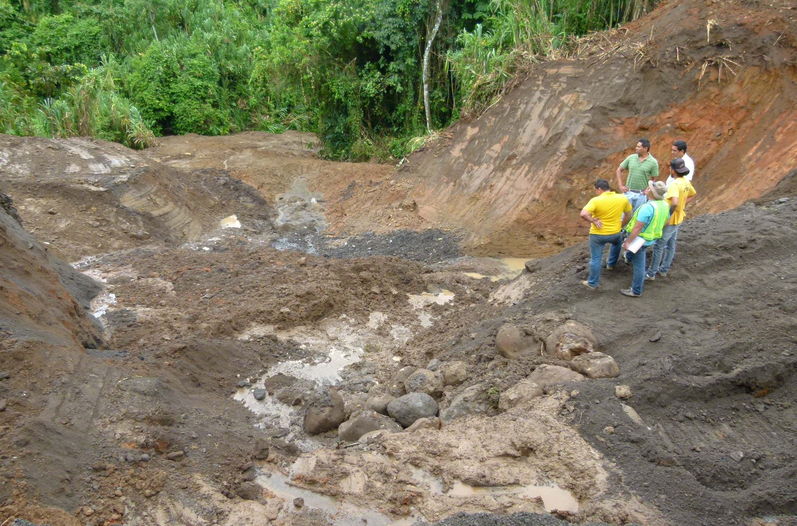