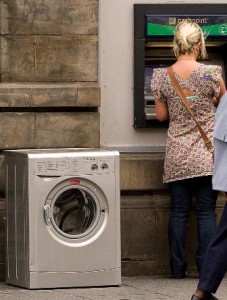 The title is not the name of the latest Guy Ritchie film. It refers to the relationship between soccer, avocados, wire transfers and money laundering in Latin America.

Money laundering is the process by which criminals attempt to conceal the origin and ownership of income derived from their illegal activities, and transform them into legal resources.

The negative effects of money laundering on institutions and the economy have been documented by authors such as Donato Masciandaro, Marco Arnone and Leonardo Borlini, among others. They argue that money laundering increases reputational and economic risks for both the public and private sectors, weakens institutions and affects the functioning of markets. These risks are exacerbated by the increasing globalization of economic and financial activity.

A recent investigation by Guatemalan authorities found that a company dedicated to the production of avocados was apparently a front for a money laundering network linked to drug cartels.

In Latin America, the impact of this type of maneuver on the economy — and particularly on the rural economy — can be devastating. A company linked to money laundering solves one of the main problems of economic activity: access to financing. It then dumps the result — the illicit gain — into the legal market, distorting the way the economy functions. A recent study by Donato Masciandaro for the Inter-American Development Bank (IDB) provides further details of these costs for both countries and their financial sectors.

Banks are not exempt from this problem. A couple of years ago, Wachovia Bank — to cite one of many cases — was used to launder money through basic tricks such as large volumes of travelers checks and accumulated sequential transfers.

But what does this have to do with soccer? Before the globalization of finances, the market for soccer players already had global reach. The famous Argentine soccer player Guillermo Stabile played for several European clubs in the 1930s, although for a fraction of the cost of contracts now signed by the stars of the sport.

At present, according to a report by the Financial Action Task Force (FATF), the football transfer market has some of the features we see in the semi-formal markets of developing economies: they are markets which are easy to penetrate, are opaque, and have a multiplicity of socially vulnerable actors able to attract large sums of money, not related to the product value. Such features are similar to those found in the case of an avocado farm that was investigated in Guatemala, and can be found in rural production in many countries of the region. And sometimes also in the markets of real estate, precious metals or art.

How is this issue regulated?

The 48 member countries of the IDB are part of the FATF, which has set the International Standards on Combating Money Laundering and the Financing of Terrorism and Proliferation. Countries evaluate each other in regard to compliance with the standards and, based on the rating they receive, can be placed on a “black list” or “gray list” if they display deficiencies.

FATF ratings have a significant reputational impact and have consequences for the financial sector, mainly in the form of increased costs of monitoring transactions or simple termination of credit lines.

The IDB has provided $1 million to improve the capacity of countries to prevent money laundering, with input from the Transparency Trust Fund, funded by the Norwegian government. The Regional Technical Cooperation defines three closely interrelated areas of of work in this regard:

These three areas, especially the first, are aligned with the FATF Standards. The IDB is providing assistance to several countries in the region, including Chile, Costa Rica, Ecuador, El Salvador, Guatemala, Nicaragua, Paraguay, Peru, and Uruguay. The updated information about this work is available on the IDB website, including academic publications, projects, news reports and other advances.

When a case like Guatemala — or Riggs Bank in the US — happens, many honest people lose their jobs, their investment, and their future.

If we want to protect those who grow avocados or grow coffee or invest in their first home or dream of playing in the big leagues based on their merits and honest work, we must ensure that the market operates in a transparent and efficient manner, protected from the threat of money laundering.