AyA official to Hatillo neighbors: “Only Moses could bring them water”

AyA says that consumption has risen tremendously, mainly due to the fears of the coronavirus and that the situation cannot be resolved immediately 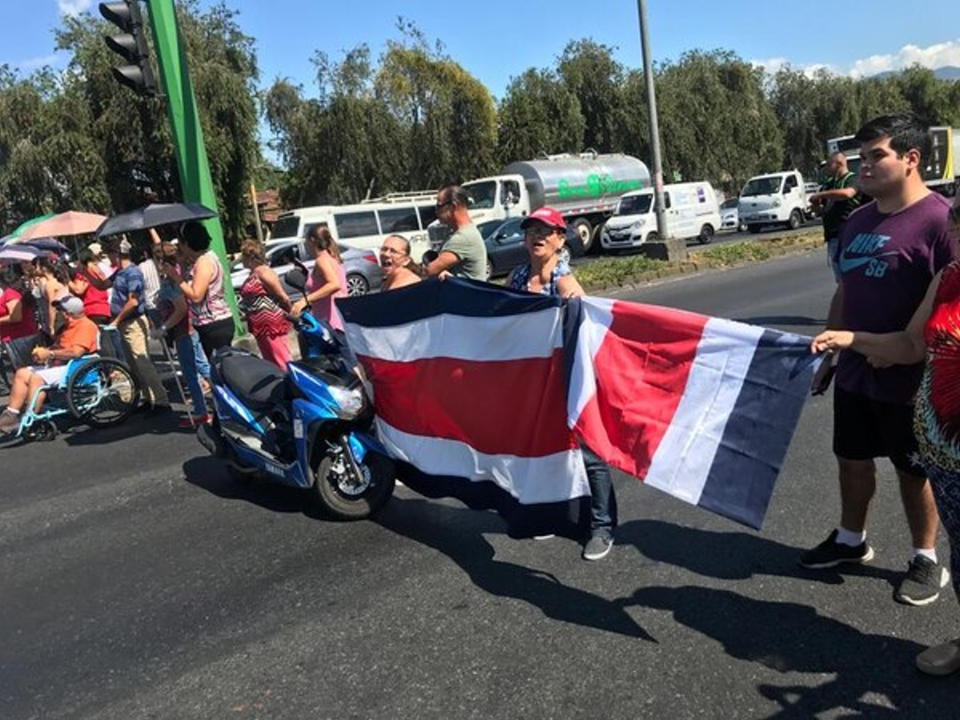 At a time when the Ministry of Health increases preventive measures due to the possible arrival of the coronavirus in the country, the residents of the Hatillos, San Jose, one of the places most affected by water rationing, say they cannot comply with hygiene measures since they never have water.

Given the annoyance of the community, Manuel Alvarado, AyA director of the west macrozone, said he cannot work miracles, La Teja reports.

“The people what they want is for me to give them water now and only Moses, that instead of parting the waters, make it fall from the sky and fill everyone’s house. Humanly it is not possible at this time, even leaving all San José without water we could,” he said.

Wednesday afternoon, a group of residents of the Hatillos closed off the Circunvalacion, in both directions, at the Hatillo 6 traffic lights, as a pressure to the AyA to get them water. 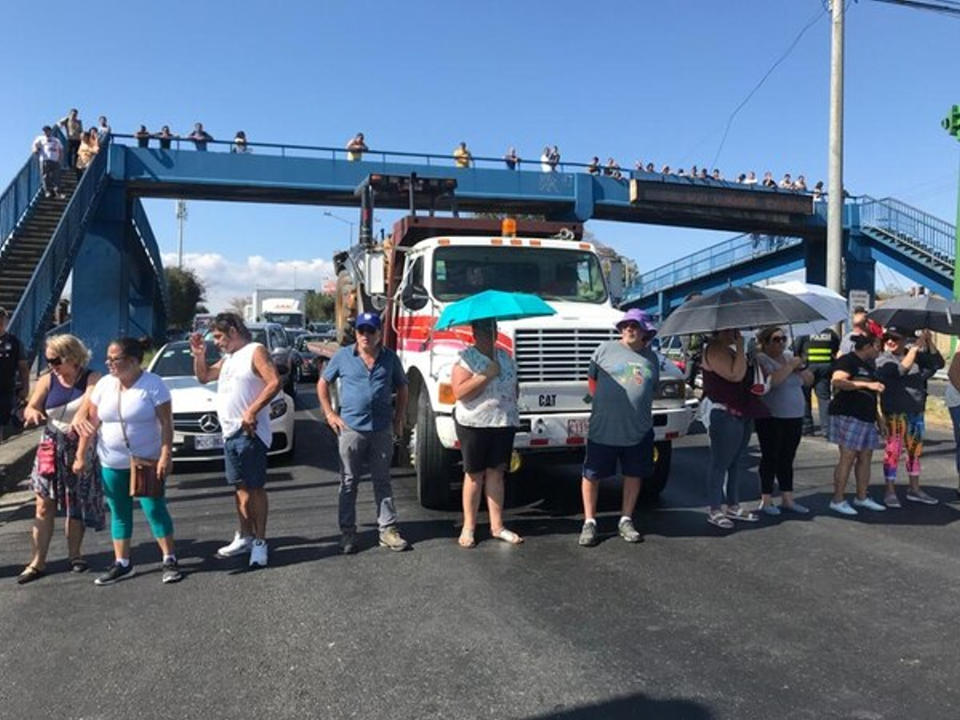 The blockade of the major artery lasted for more than 2 hours – from 2 pm to past 4:00 pm.

The residents are complaining of lack of water in many cases for more than 24 hours, that the AyA is not complying with the rationing schedules (which began more than a month ago and are carried out every day) and that the situation is already unsustainable.

Amalyn Blanco, a resident of Hatillo 2, said the cuts were first on Tuesdays, Thursdays and Saturdays, but then the service was cut every day.

Blanco says said they were told the water cuts would be from 11 am to 8 pm, but in Hatillo 2 she assures the water runs dry starting at 6 am and is no flowing again until 3 am.

“I have two weeks of this, what hoard is not enough for me. I know that we are in the dry season, where the heat is extreme, but if we are going to be fair we have to ration the water in different sectors and on schedules, but that they affect us 20 hours is too much, and the rates do not go down, they remain the same.

“We bought gel alcohol to wash our hands as Salud (ministry of Health) asks, but we can’t afford it,” said Amalyn annoyed.

Rocío Valverde, also of Hatillo 2, confirmed Amalyn’s account, there is no water from early in the morning until dawn the next day and then only for a few hours before it goes again.  She added that without the liquid they cannot wash their hands as requested and that even one of her older daughters already has diarrhea.

“We want water!” Shouted the people who participated in the blockade, while there were some threats of violence with drivers trying to pass through the demonstrators.

“The southern tanks that supply these sectors have three catchments, water arrives from La Valencia, Tres Ríos and Puente de Mulas. When it is not summer, there is more than sufficient water, the tanks rise three and a half or four meters high.

“The problem that exists at the moment is that the increased consumption of water increased, and especially due to a kind of collective fear, such as what is happening with the coronavirus, where people hoard and hoard and when the water is back on, sometimes they throw away what they have hoarded and save again,” explained the AyA official. 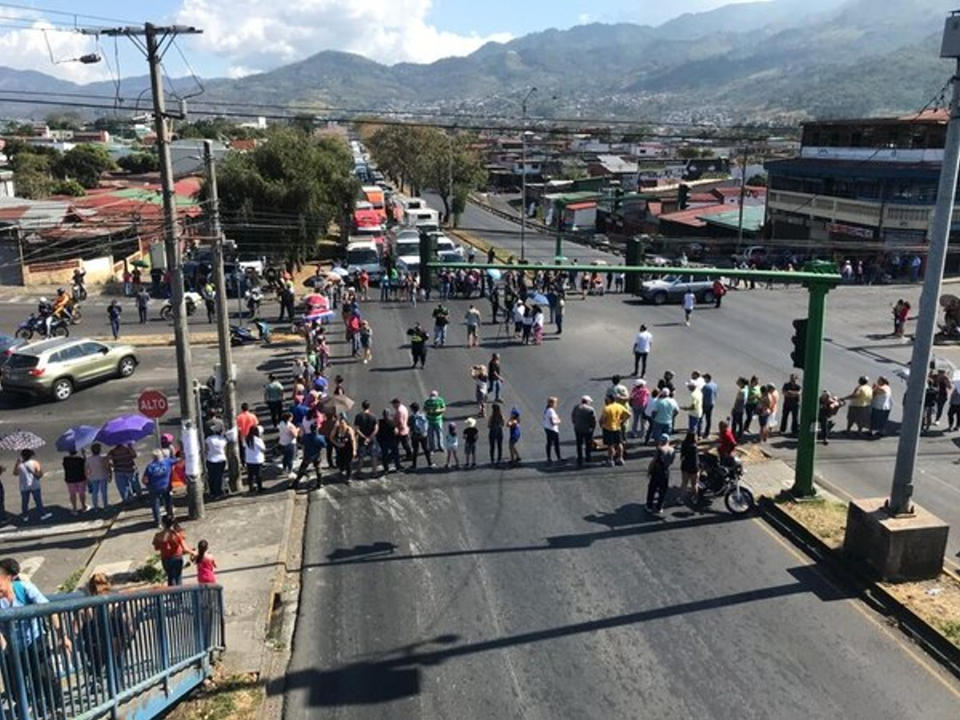 Alvarado added that the higher elevations are the areas with less water due to a shortage issue, not because the AyA is closing valves or their lower social class.

“It disturbs me when they say it is because of a social condition, because in Hatillo and  Alajuelita and other sectors of the GAM there is none, like in Trejos Montealegre (Escazu),” said Alvarado.

Regarding the request made by Salud to take measures with the rationings for the coronavirus alarm, Alvarado said that they still do not have something defined because it must be a measure that cannot be taken lightly.

The official recommended residents to buy tanks, assured that a 750 liters tank costs less than ¢70,000 colones and thus will have water in their house.

He also stressed that he cannot solve the problem of water cuts.

- Advertisement -
Paying the bills
Previous articleWhat will be the impact of the coronavirus on the Costa Rica economy?
Next articleBusinessmen laments government mistakes but ask ‘turn the page’ to resume economic recovery

QCOSTARICA - The week will start differently for students...
News