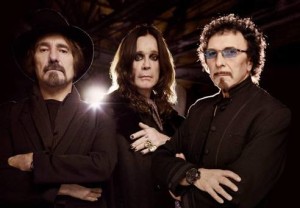 Rock legends Black Sabbath and Megadeth take the state tonight at the Estadio Nacional (National Stadium), part of the their Lain American tour that started in Santiago, Chile, working its way north to San José.

Unlike many of the classic rock bands, Black Sabbath never really stopped working, despite problems with Ozzy Osbourne’s firing in 1978 because of his drug problems and the other bumps along the way.

The doors to the stadium open at 4pm, with concert starting at 7pm. However, it won’t be until 8:00 or 8:30 before Ozzy and his crew take the stage.

Tickets for tonight’s performance are still available at: La Boleteria

Among the possible songs that the band will be performing, based on Selist. The

QCOSTARICA - Costa Rican President Carlos Alvarado is just another citizen when it comes to covid-19 vaccination, given his young age and good health,...
Front Page

QCOSTARICA - Osta Rica has been the epicenter of regional diplomacy in recent days. The successive visits of the Secretary of State of the...
Latin America