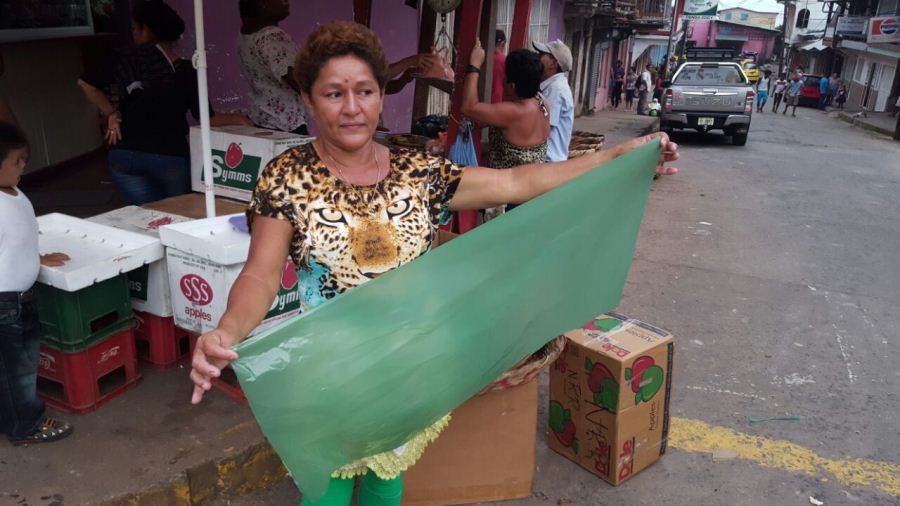 TODAY NICARAGUA NEWS – The city of Bluefields since Tuesday began prepapring for the arrival of Hurricane Otto.

Twenty-eight years ago, Hurricane Juana caused the evacuation of 321,372 people, 121 dead and 19 missing. “But now the conditions are better,” said Johnny Hodgson, government delegate for the South Caribbean coast.

“In Bluefields we are not afraid. The people have confidence in the authorities and we have already done drills. We are prepared and executing the plans, ” Hodgson told El Nuevo Diario.

Bluefields Catholic Church bishop Oliver Hodgson said he had seen “a lot” of people buying water, plastics, rope, food and other things. “The sky looks very different than on previous occasions,” he said. According to retialers prices of plastic doubled. 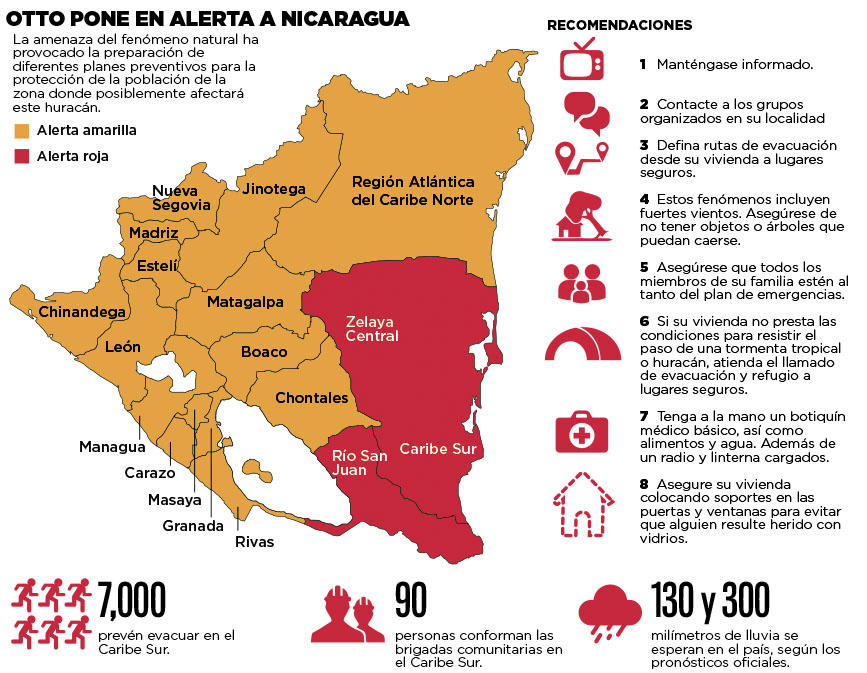 JOAN
Official reports indicate that Joan, probably the most destructive hurricane that has passed through Nicaragua, entered the country on the morning of October 22, 1988, becoming a category four hurricane.

At Corn Island, winds of up to 250 kilometers per hour began to be felt on the afternoon of the 21st. In Bluefields they say it was at 7:00 pm at 1:30 pm on the 22nd, Corn Island, Kukra Hill and Orinoco were completely Destroyed. Bluefields, at that hour, was left in ruins.

This hurricane caused losses of US $1.658 billion.

According to the reports of the time, the Blufileños did not believe that the cyclone was going to impact the city and many refused to evacuate or to protect their houses. 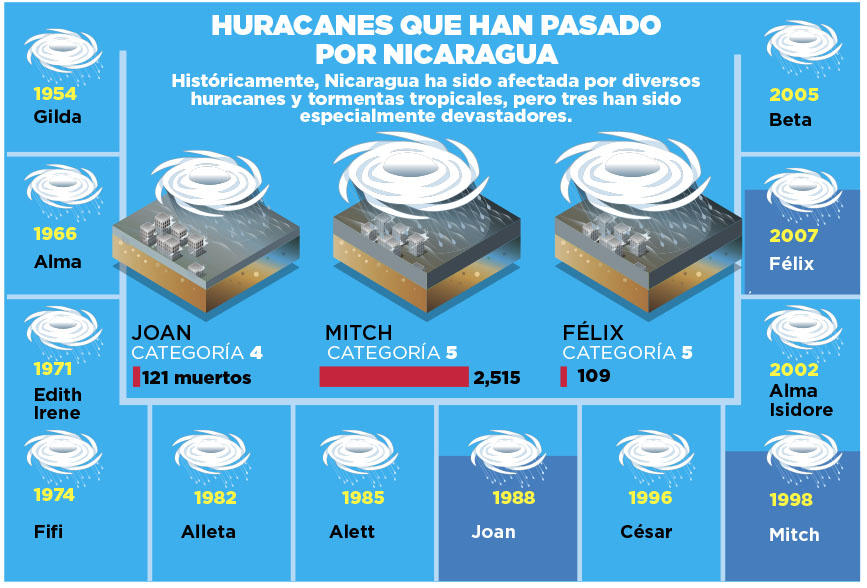