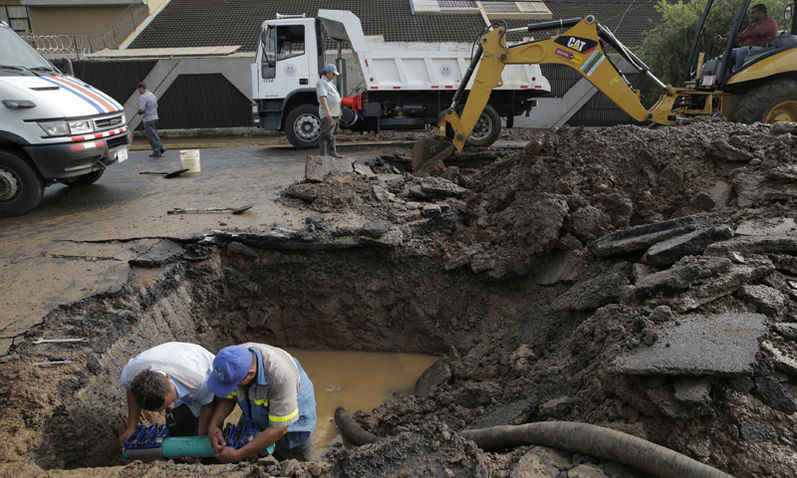 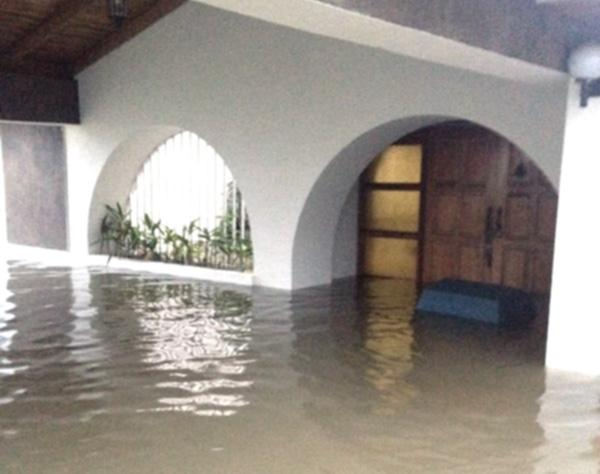 The emergency began at 4:00AM when the Acueductos y Alcantarillados (AyA) was alerted, but it wasn’t until 6:00AM that the main valves were shut off.

Some witnesses say the water leak continued until 8:00AM.

The spill is equivalent to the average consumption of 120 homes during one entire month.

The AyA says the rupture occurred on a water main that pipes fresh drinking water from the Tres Rios water treatment plant to various holding tanks.

The water level in the six homes reached 70 centimetres, causing damage in the hundreds of thousands of dollars. Three cars alone valued at US$160.000 were completely damaged by the water.

“Water ran like a river. It was four in the morning and the dogs began to bark. When we opened the front door, we saw a river, 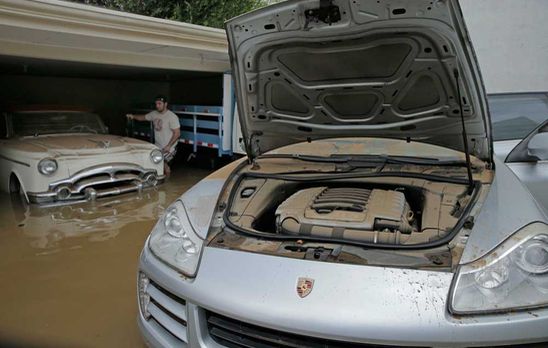 literally,” Rebeca Soto, who lives in one of the affected homes told the media.

Otto Ureña, engineer for the AyA, explained that a crew of more than 20 men worked to repair the broken water main, a pipe that is more than 20 years old.

“In any water system you have leakage. The larger the pipe, the more water and pressure,” said Ureña, adding that the broken pipe will be replaced with a new one.

The AyA said it would pay for the damages from a special policy it maintains for such events, according to Ureña.