Carlos Alvarado: the President who hides behind his Minister of Health

The President said "I have a lot to do", but while denying CRHoy interviews he does attend foreign media

(QCOSTARICA) Crhoy.com says Costa Rica’s President Carlos Alvarado is locked in his own information bubble and does not answer questions from the media if they are not about the pandemic. 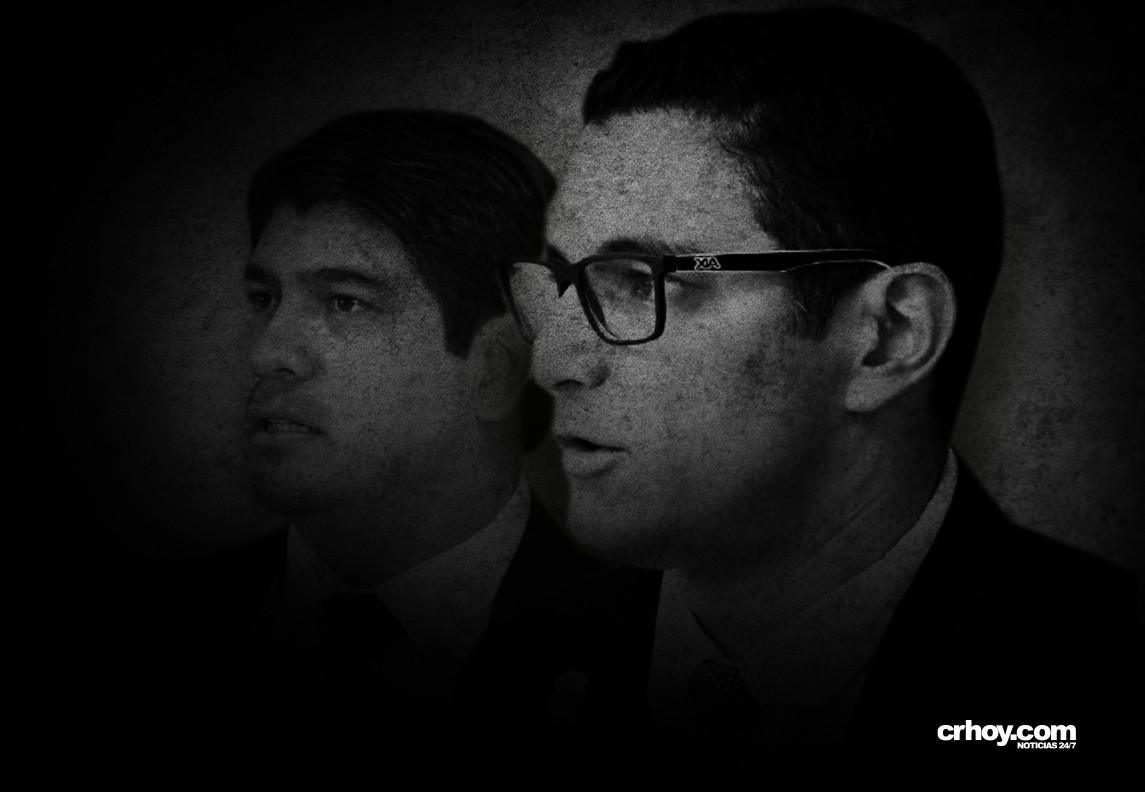 The online news media outlet accuses the president of giving preference to foreign media while denying it interviews. Other local media, including the Q, has made similar complaints, though not as public.

Those are some of the questions we all would like to have an answer from the president himself.

Last July 9, the political and governmental atmosphere was more than clouded: the AyA (water utility)  collecting exorbitant bills, a Minister of the Presidency (chief of staff) silenced overnight and a former Minister of Communication who now appeared appointed in another position with a millionaire salary, after leaving the government under the allegation that he would dedicate himself to his family.

All the questions written above are real, but could never be asked. They were the questions by a group of journalists from various media outlets who took to Casa Presidencial for Thursday’s noon press conference, after learning that – at last –  President Carlos Alvarado would reappear before the press.

But the momentum was curtailed from the entrance with a sneaky pre-censorship. One of the members of the President’s public relations team warned – before the conference – that she would not allow more than three questions, and that the consultations would be solely and exclusively related to COVID-19 since it was “a critical day in the pandemic.”

It was not an isolated case, writes Luis Valverde. The restrictive rules imposed by Casa Presidencial on the media’s access to the President have locked him up in his own bubble, of which there is no other discussion topic than the pandemic. The only reference to another topic was that same day when asserting the right to ask questions freely, one of the journalists skipped over the initial fence raised by the communication team and asked the President – precisely – about the opporunities to ask the questions and concerns of citizens.

Alvarado’s shield was the lack of time, that “he had a lot to do” and that he was asked “petty things”.

However, that lack of time to which the president said he didn’t have, did not prevent him – 15 days priorr – from giving an interview to Time magazine, in which he took advantage throughout the first part to talk about equal marriage and LGBTIQ rights.

CRhoy.com says it requested on July 15 details on the conditions in which that interview was agreed to, but so far it has not received a response from the Presidency communication team.

That was not the only exception.

Since the pandemic began last March, Carlos Alvarado seems to have a certain preference for interviews with international media.

He appeared on April 1 he granted an interview to CNN en Español journalist Camilo Egaña and on May 23 granted time to the French news agency AFP. In local media, he has only been available on the occasion of the second year of his administration, the first week of May.

Belisario Solano, president of the College of Journalists, stated that the attitude of the President and those behind him may be a consequence of what happened in the first stage of press conferences when “many people participated without any journalistic training”, questions were asked lacking structure, without any logic, repetitive and even absurd. All of them through Facebook pages, and mostly informal websites, endorsed by the Government itself.

That gave rise to many memes and comments on social networks. So, it is possible that both the President and his advisers consider it a waste of time to attend the national press?

“In recent days, I have noticed a change in the formulation of questions, in the treatment of issues by journalists, and that has led to a recovery in confidence in journalistic work. Hence, part of my suggestions is to ask the President to resume the relationship with his colleagues and with the professional media, because Costa Rica also has many Camilo Egaña, many Fernando del Rincón, many Jorge Ramos, who deserve to be attended to,” Solano said.

The last time the President was seen in the Auditorium or in any other public activity, answering questions not related to the pandemic, was a month ago due to unemployment figures.

At that time rejoiced that the figure had not been “as high as expected” at 15.7%. A month later, with 20.1%, the President preferred to limit his communication on the subject through a brief statement and the few characters that Twitter allows, without the opportunity to clarify existing doubts about his promised “Employment Agency” touted a year ago.

Before that, he had also evaded local media inquiries on several occasions and for several weeks, one of them during a works inspection at the Circunvalación, where he left all the journalists present with their notepads and microphones in hand.

Francisco Chacón, former Minister of Communication during the Chinchilla administration, pointed out that from the point of view of political strategy it is natural to try to protect the figure of the President, avoid his exposure and take care of his interventions; However, he did confirm that the information management of the current government has been “excessively restricted” information management.

In this same context, tensions between the Casa Presidencial and some media have come to light.

For example, on May 15 the Ministry of Health attempted to damage the reputation of Noticias Repretel (local television news channel 6) by accusing it of issuing false information after having anticipated the news of the death of a victim of COVID-19.

The information was real but the Ministry tried to blame the media instead of taking responsibility for its constant internal information leaks. So far the results of the investigation they promised to carry out are unknown.

And amid all the unanswered questions from the President, his accountability on the UPAD case is still pending.

The Q has made several attempts to join the question and answer period at the daily press conferences, to date, has not received a confirmation reply. And questions posed by email to the communications team either go unanswered or referred to the information stated in press releases.

Share
Facebook
Twitter
Pinterest
WhatsApp
Linkedin
ReddIt
Email
Print
Previous articleCoronaviruses and flights: Which airlines are arriving and departing from Costa Rica and which are not to July 20?
Next articlePrepare for Your Amazon AWS Certified Cloud Practitioner Exam Using Dumps and Pass It from Home

Today, Sunday, June 6, only ODDS can circulate. The measure is countrywide and applied between 5:00 am and 9:00 pm, save for those under...
Nicaragua

QCOSTARICA - Puntarenas is the only province in the country that has a contagion rate or "r" rate greater than 1. This is detailed in...
Peru

Q REPORTS (DW) In Peru, the left-wing village school teacher Pedro Castillo has in all probability been elected the new president. The fact that...
Politics