President Carlos Alvarado, on national radio and television, admitted on Monday night that there were “errors” in the formation of the Presidential Data Analysis Unit (UPAD), secretly created by the Government to handle “confidential” information of Costa Ricans, and described the concerns regarding the proposed decree as “legitimate.”

The president accepted an error was made. “I want to start by pointing out, quite clearly, that mistakes were made on this issue, so I ordered to correct immediately repealing the decree,” he said on national television.

Alvarado said, “when a mistake is pointed out, it is corroborated, you accept it, fix it and apologize”, emphasizing that “the doubts and concerns of citizens and different sectors made it clear that the formulation of some concepts was wrong, particularly in its article 7”.

Alvarado said that it was also a mistake not to explain, in advance, and sufficiently, to all citizens the objective and working mechanisms of the unit, with all the necessary details to make clear the absolute respect for the privacy of all citizens.

“There were some efforts to publicize the tools that this team generated from the data, but not sufficient and necessary (…). This team worked with publicly accessible information from the State institutions to which it was authorized, as well as the information allowed by law. They did not have access to personal records such as telephone calls, social networks, financial and tax information or medical records,” he explained.

“As a country, we rightly complain about the inefficiencies we find in public spending, of the duplicities or insufficient coverage of the programs. To correct these things, data analysis is required, it must be done well and privacy must be guaranteed,” concluded the president in his message to the country. 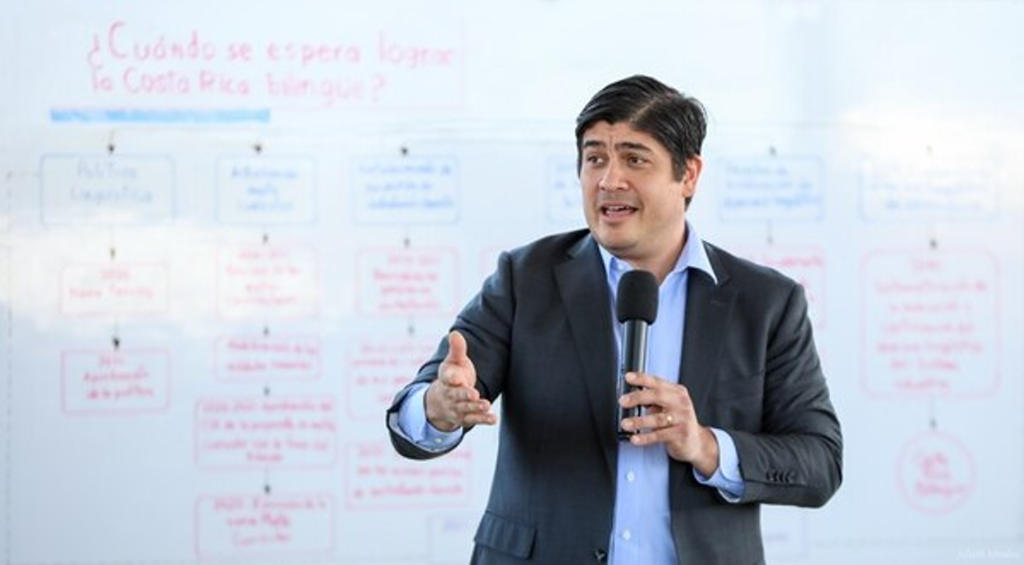 For her part, Nancy Marín, Minister of Communication, said that due to a human mistake, the

Government decided to make an express derogation of the presidential decree that created theUPAD. “People are wrong and that is why we immediately repealed the decree,” Marín said.

While the President and his staff are on a publicity campaign to win over the public confidence, on Monday, by unanimity, the 49 legislators present approved the opening of an investigation “on the possible violations by the Government to the right of privacy of people, regarding the collection and handling of their personal data”.

The investigation will be carried out by a legislative committee made up of 7 legislators and will have a period of two months to render their report and will prevail over the sessions of any other permanent or special legislative commission.

Also, legislators unanimously approved a motion calling on the Minister of the Presidency, Víctor Morales Mora, to explain everything related to the UPAD unit and the executive decree, published and repealed, last week.

Legislator for the Nueva República party, Ivonne Acuña, went a step further, promoting a motion that would censure Morales, the interim head of National Planning, Luis Daniel Soto Castro and calling on the president to appear before the legislature to explain all.

Earlier in the morning on Monday, the Defensora de los Habitantes (Ombudswoman), Catalina Crespo, and her team met with President Alvarado and other Casa Presidencial staffers to discuss the issue. Following the meeting, Crespo announced the Defensoria de los Habitantes will be investigating the technical and legal aspects of the operation of the UPAD.

On the social networks Monday night, the president’s talk to the nation left more doubts than answers. Despite assurances by Alvarado that there was no “spying or secret conspiracy” on the part of his administration, the majority commenting on social media felt the “Presidency” is lying.

Former President Carlos Alvarado: “We respect the media, accepting that they strongly criticize us”