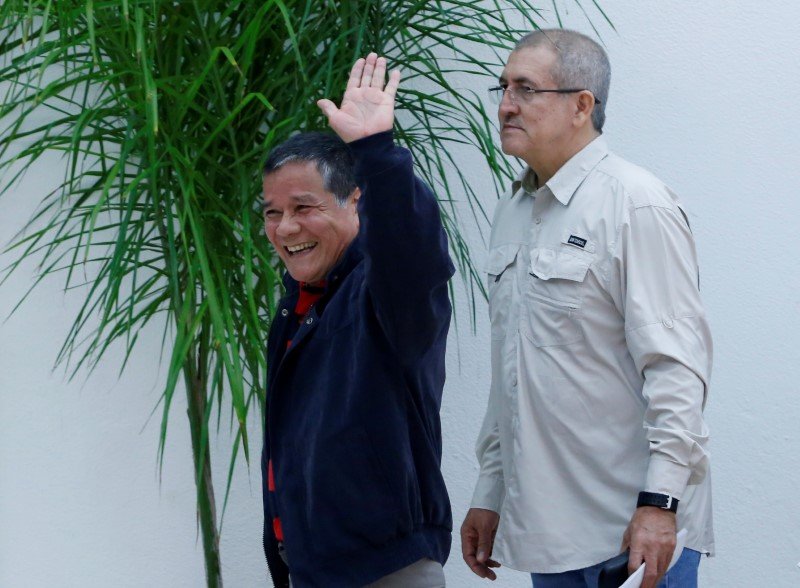 A deal signed on Friday by Colombian President Juan Manuel Santos marks a significant milestone in efforts to end political violence in South America as it is the first ceasefire with the National Liberation Army (ELN) guerrilla group in the history of its insurgency.

“President Juan Manuel Santos has signed an order launching the ceasefire regime from October 1. This is the first bilateral ceasefire endorsed by the ELN in its history,” the president’s office tweeted.

“This is a very important step, a step that I hope will be the first in a process that will also lead the ELN to hand in their weapons,” President Juan Manuel Santos said ahead of the armistice.

The radical Marxist movement has been in peace talks with the Colombian government since February, after more than half a century of armed opposition.

Today ELN comprises thousands of fighters and is the second largest guerilla army in the country after the Revolutionary Armed Forces of Colombia (FARC).

Defense Minister Luis Carlos Villegas warned that, although Colombia’s military would avoid confrontations with the ELN during the ceasefire, it would go after the group if it engaged in criminal activities such as illegal mining and drug trafficking.

“We’ll respect the ceasefire in the sense that we won’t confront the ELN, looking for contact and combat. We hope they do the same,” Villegas told Reuters in a recent interview. “Our mission to pursue crime will be maintained throughout the nation without exception.”

During the ceasefire, the insurgent group has pledged to suspend hostage taking, attacks on roads and oil installations, the use of landmines and the recruitment of minors. In turn, the government agreed to improve protection for community leaders and conditions for about 450 jailed rebels.

Santos’s government signed a peace deal with the larger Revolutionary Armed Forces of Colombia (FARC) in 2016 after negotiations in Havana, Cuba that lasted four years.

- Advertisement -
Paying the bills
Previous articleWhat Is Winter Like In Costa Rica?
Next articleRed Alert Declared For Pacific, Central Valley and Northern Zone