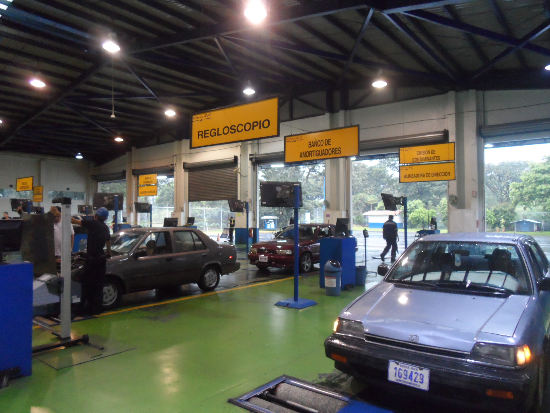 COSTA RICA NEWS – At any time, in the coming days, the Consejo de Seguridad Vial (Cosevi) – road safety council – will publish the new manual for the Revisión Técnica Vehicular (RTV), the vehicle inspection. 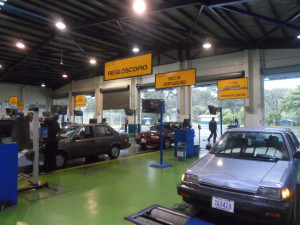 The manual includes several important changes, that includes the vehicle must have the new license plates issued by the Registro Nacional.

But don’t be too alarmed, the new plate requirement only applies to vehicles that have already mandated to change, which at the present time only involves plates ending in 1, 2 and 3 and soon plates ending in 4.

Another important change is the depth of the tire thread, or “taco” in Spanish. The change is for commercial or heavy vehicles, passenger vehicles thread depth stays the same, at 2 mm.

The new manual requires that speedometers include the kilometers per hour (kmh) measurement. Some imported vehicles, like from the United States for example, have speedometers only in miles per hour (mph). The change, however, only applies to vehicles entering the country starting next year.

Right hand driven vehicles will no longer pass the inspection. RHD vehicles are prohibited under the Ley de Transito of 2012, however, it was not a fail point for the vehicular inspection.

QCOSTARICA - Our country, Costa Rica, worsens in how...
Latin America