The Sala Constitucional (Constitutional Court)  or commonly known as Sala IV struck a blow against violence at sports events, especially in soccer stadiums, when the court decided that it was not unconstitutional for the public and private security guards to bar members of sports groups known as “barras (hooligans).” 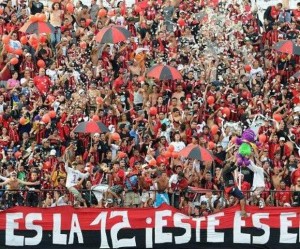 The plaintiff appealing the new law maintained that it was unconstitutional for stadium officials to bar admittance to anyone “suspected of being linked with a barra.” But the judges ruled that, if anyone felt unfairly treated by stadiums or soccer clubs, that they could go through the normal court process.

Increasing violence by hooligans found their high water mark Feb. 16 in the soccer match between Cartago and Alajuela when an Alajuela barra known as “La 12” cornered and beat up on Cartago fans. A law to protect the normal fan was pushed through the Legislative Assembly with unusual speed.

The Sala IV defended the new law with its permission to create a data base of violent fans in order to prevent their attendance at sports events. The backing of the court, which often tends to be more rights-oriented and liberal than many like, shows that sport security comes at a higher value.

QCOSTARICA - Osta Rica has been the epicenter of regional diplomacy in recent days. The successive visits of the Secretary of State of the...
Rico's Digest