IMN monitors a phenomenon that could become a cyclone 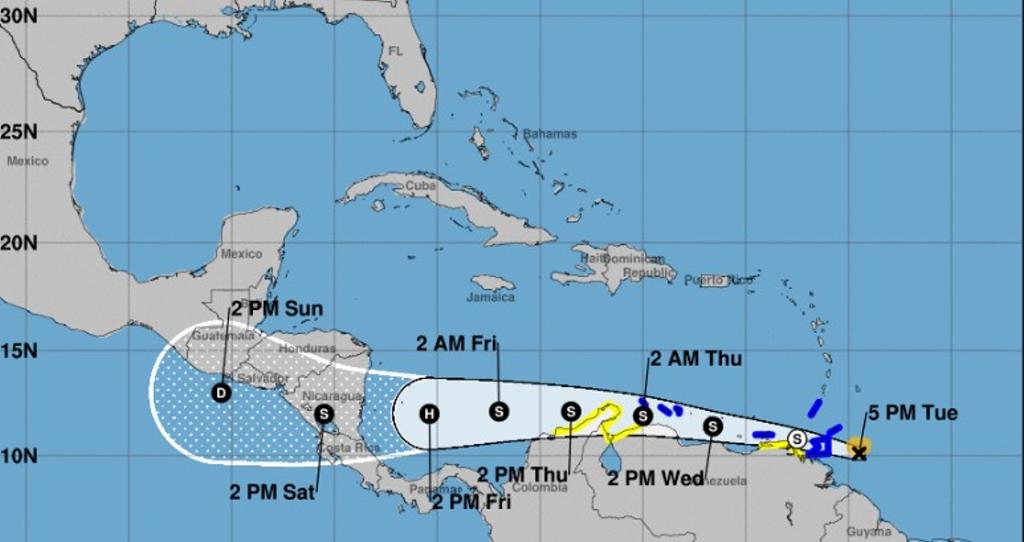 QCOSTARICA – Costa Rica’s National Emergency Commission (CNE) activated a series of preventive measures in the face of the possible impact of Tropical Waves number 12 and 13 on the country.

The national weather service, the Instituto Meteorológico Nacional (IMN), estimates that the twelfth tropical wave will have effects on weather conditions this Wednesday, while 13 could become a cyclone over the weekend.

Among the actions, the institutions of the National Risk Management System were activated and the supply of foam mattresses, food rations, blankets and other equipment was reinforced.

Jorge Rovira, Director of Risk Management of the CNE, recalled that the yellow alert remains in much of the country.

Rovira also referred to the meetings held at the Emergency Operations Center (COE).

Eladio Solano, head of IMN forecasts, referred to the possibility of the formation of a tropical cyclone in the Caribbean Sea, with effects on Costa Rica.

According to the CNE, on Tuesday 16 flood incidents were reported, in addition, a shelter for 65 people was enabled.in Buenos Aires de Puntarenas.

This weekend, the rainy activity could be extreme.

IMN experts, Daniel Poleo and Eladio Solano detailed that the attention is focused on tropical wave number 13, which is advancing across the Atlantic, due to the high possibility that it will soon reach the first category of cyclone, that is, a tropical depression, with winds of up to 62 kilometers per hour. If the winds exceed that speed, the phenomenon becomes a tropical storm, that is when it is assigned a predetermined name, and causing indirect rains in the saturated soils of the Costa Rican Pacific.

The tropical storm conditions that are expected along the northwestern coast of Venezuela According to the latest advisory from the U.S. National Hurricane Center, the phenomenon will enter the waters of the Caribbean Sea between Wednesday and Friday.

Alejandro Picado, president of the CNE, confirmed there is an ongoing review of shelters and municipal supply warehouses, as well as the regional ones located in Osa, Cañas, San Carlos and Parrita, given the risk of “a large number of incidents” coming our way.

For his part, the director of risk management, Jorge Rovira, added that technical personnel, equipment and specialized vehicles have already been mobilized to the areas with the greatest vulnerability to landslides and floods, with the aim of having constant monitoring, in addition to a better response capacity in coordination with the Municipal Emergency Committees.

Currently, there is a yellow (preventive) alert for the entire national territory, with the exception of the southern Caribbean, where there is a green alert.

Whether you are a keen gamer yourself or you...
Health