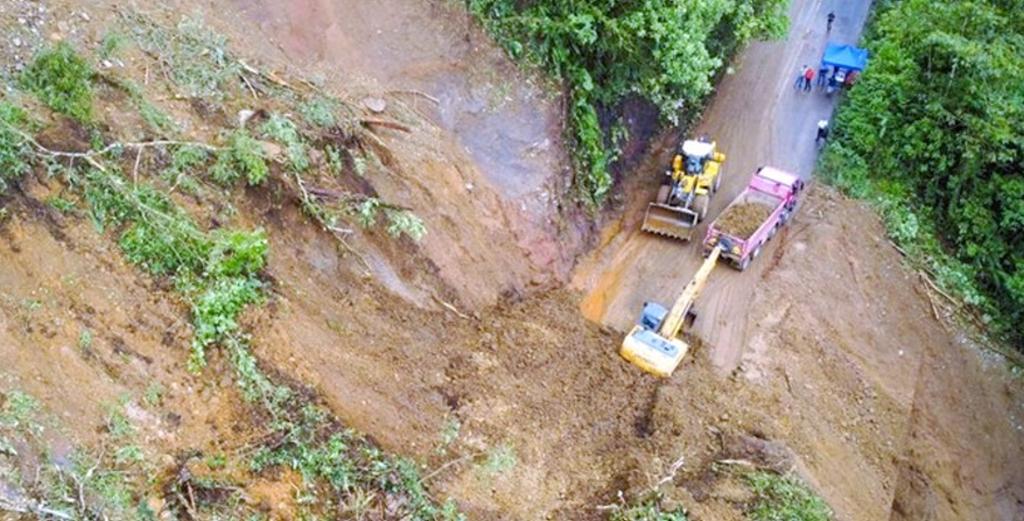 QCOSTARICA – For drivers headed to or from Limon, a reminder that passage through Route 32, which connects San José with Limón, between Heredia and Rio Frio, will remain closed until the weekend, due to weather conditions, according to the Ministry of Public Works and Transportation (MOPT).

MOPT and the National Highway Council (CONAVI) crews have been cleaning up debris from the latest landslide that occurred on Saturday at kilometer 28, through the Zurqui, where an estimated 5,000 cubic meters, equivalent to 400 trucks loads, fell on the roadway.

MOPT Minister, Luis Amador, made it clear that, although the cleaning work would end by the weekend, it does not mean that the route will be opened immediately.

In addition, weather conditions over the next several days may add to the complexity of the situation.  See Costa Rica activates preventive measures against the possible impact of tropical waves

Amador explained that a group of geologists remain in the area looking for alternatives to intervene Route 32.