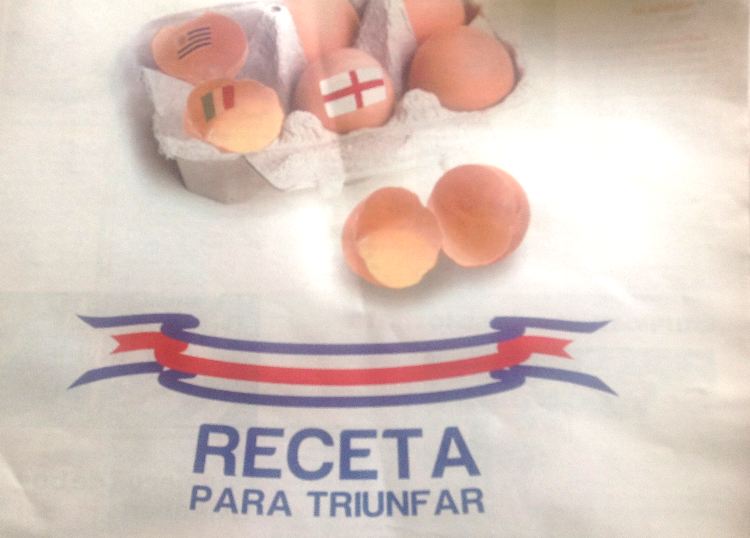 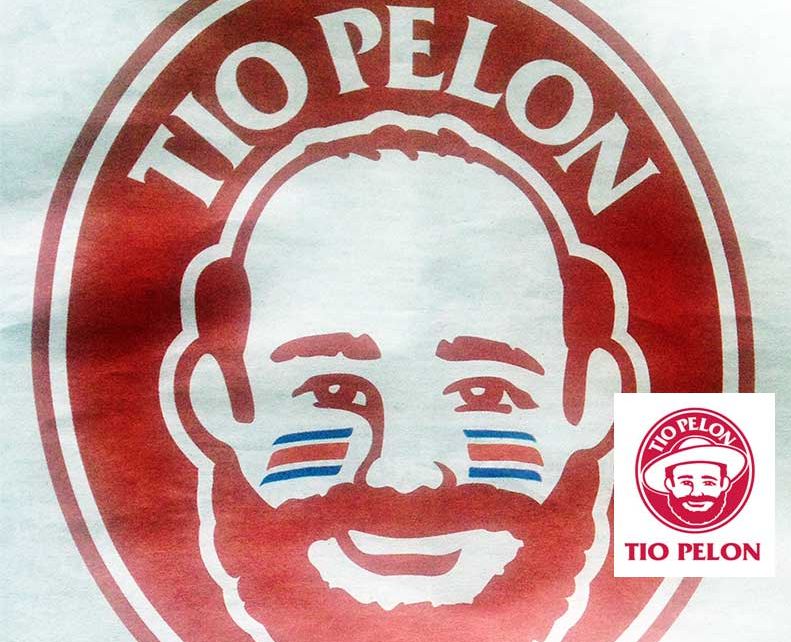 In full page ads in today’s edition of the print newspapers, Tio Pelon, a major brand of rice in Costa Rica, ran its image without the traditional Tico hat (see small inset), with the headline, “we take our hat off for La Sele”.

Other full page ads include a car company placing the traditional double decker bus in the middle of a playing field, with the caption, “today we are going to put one in on them”. 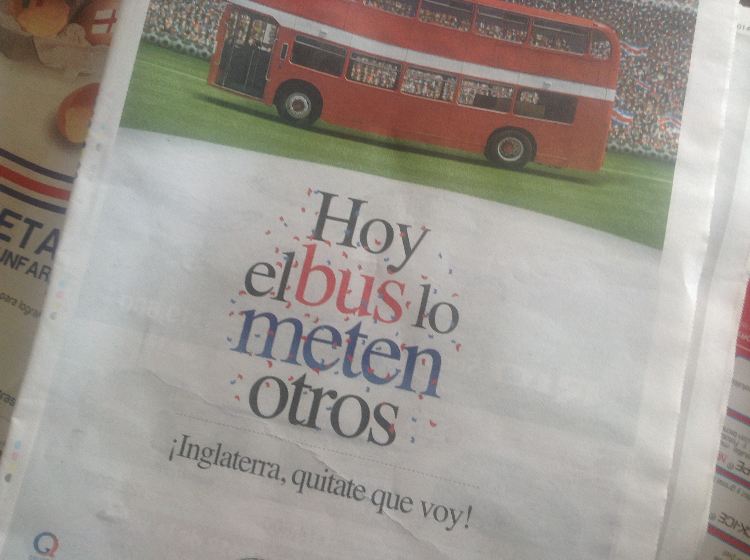 The chicken company, Pipasa, has a half dozen eggs, three with the flags of Italy, Uruguay and England. The caption reads, “recipe for success”.

But, the best, at least from a “give me something”, point of view is the McD. Only for today, from 10:30am to 8pm, there are giving free a Big Mac with the purchase of a Mac Combo or Super Mac.