“Costa Rica is going to hell in a handbasket!” 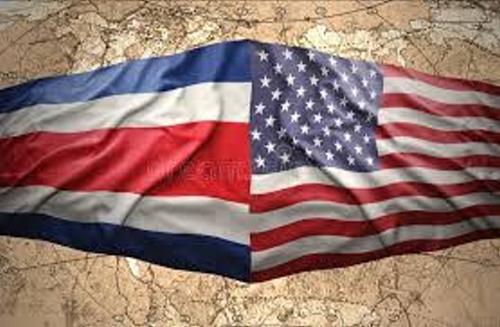 One of the smartest guys I know told me this last week. Given that so many other countries are having horrible times with their quarantines, lockdowns and disagreements about almost everything… it seems only logical that Costa Rica is too, right?

I hear about the lack of tourists and how it is killing the economy… and why can’t the President just “open it up” like most other countries are doing.

I hear increasingly more complaints like “the virus only kills mainly old people, so isn’t it worth it to open the country’s doors again so that everyone can get back to work?” Sure… old people don’t count, right…they’re almost dead anyway.

I listen to “the country is broke and can’t even borrow any more money to keep operating.”
“Almost no one has a job… and most people can’t even afford to feed their families.”

“I’m sick of being cooped up… we have the right to be outside.”

“What is going to happen when we have no one to pick, our crops? We won’t even have food to eat.”

“There are no jobs anywhere. How can I feed my family?”

They are not real… We talk to our neighbors, my daughter and grandsons who live in Costa Rica…. We talk to others who are Costa Rican… most who have lost their jobs and really don’t have any money and truly are having a tough time.

And all of the complaining, bitching, and whining…?

You don’t hear it from Ticos…

It comes from expats and gringos ( North Americans ) … and those are their complaints about “the way it is back home”. It’s overwhelming and it is creating divisions and anger like almost never before.

My wife and I honestly don’t know of anyone “back home” who is handling the pandemic with a calm head and is showing absolutely NO side effects. Too many people I talk to online are damn near ready to have a breakdown.

And the country has encountered riots, looting, deaths… not to mention the most unhappiness possibly ever. Everyone I know complains about how horrible everyday life is “back home.”

Not here… Not in Costa Rica. And yet… many of the expats, instead of simply enjoying the beauty of the country AND the attitude of the Costa Ricans themselves… continue to complain online and take their unhappiness to others.

Costa Rica does not act the way other countries do. They do not whine and complain… They do not tell others how horrible and stupid the government is. They agree with what the government has chosen to do… which is to take the scientific way to combat the pandemic… and the only that has ever proven successful.

And instead of arguing… and saying that they have a RIGHT to be on their own beaches whenever they choose… And instead of asking the government WHEN it will be better and complaining about “the way it is…”… They accept it.

But they accept it and they know that what is being done is the right and only course of action to take.

It is Costa Rica.

It fits right in with the beauty of the country and its surroundings… It is all part of what “pura vida” means… And even if we can’t see it… What the country is doing is the right thing. Take a hard look.

I am so damn glad I am here instead of being in the midst of arguments, whining, and wall to wall unhappiness and anger.

This is Costa Rica. Accept it… it is part of what Costa Rica stands for.

Oh yeah, I will be criticized to hell and gone for this post. But, one thing, I am definitely not one of those guys who sees nothing but good in the “land of pura vida”…I am definitely not a “Pollyanna” who can only see positives about Costa Rica…

What I write here is my reality… don’t just accept that Costa Rica is really “going to hell in a handbasket”… like most other countries.

Costa Rica is doing the right thing for its citizens and for the country as a whole.

Randy Berg
My name is Randy Berg … and I am, I guess, officially an “old guy”. Now, my best guess is that you are thinking something along the lines of “why should I give a sh.. ?” And you will have to be the judge of that as one of the editors of this online “newspaper” asked me if I wish to contribute my writings. And no, that does not mean that you will like my writing. But I hope you do… and I want to start by telling you that my writing is a little different than most. I don’t use flowery language and I usually write too much on each subject, mainly because I don’t know of any other way to write. It is what it is. I write from the heart and I tell it exactly as I see it.