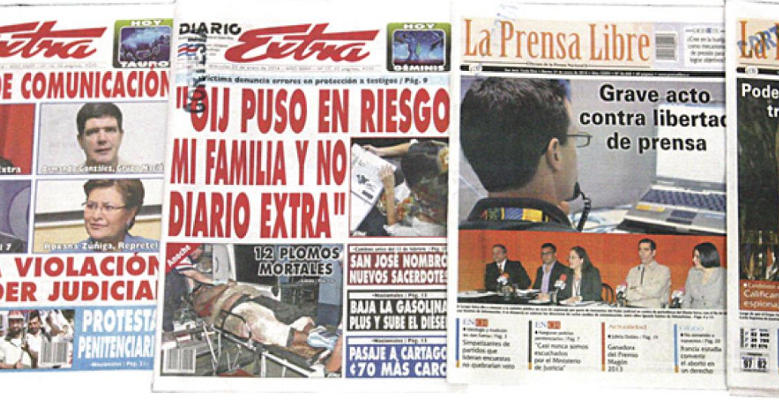 The Grupo Extra followed up on their action announced Monday at a press conference following the news of espionage against them by the Poder Judicial.

The newspaper said it will be filing formal an appeal (amparo) with the Constitutional Court.

Grupo Extra CEO Iary Gómez, said the details of the complaint will be made public on Friday, following the filing with the Court. Carlos Serrano, Grupo Extra’s legal representative, said the legal actio is vital in protection of the rights of victims, in this case journalists who had their telephones tapped by judicial officials.

The newspaper’s management insists they will not rest until all the details are out in the open and the names of the responsible is made public for an act they call a “vulgar intrusion”.

In a statement, the Grupo Extras said it is seeking a quick responses from the Constitutional Court, for itself, the journalists and the guild in general, of an unprecedented act that affects all journalism.