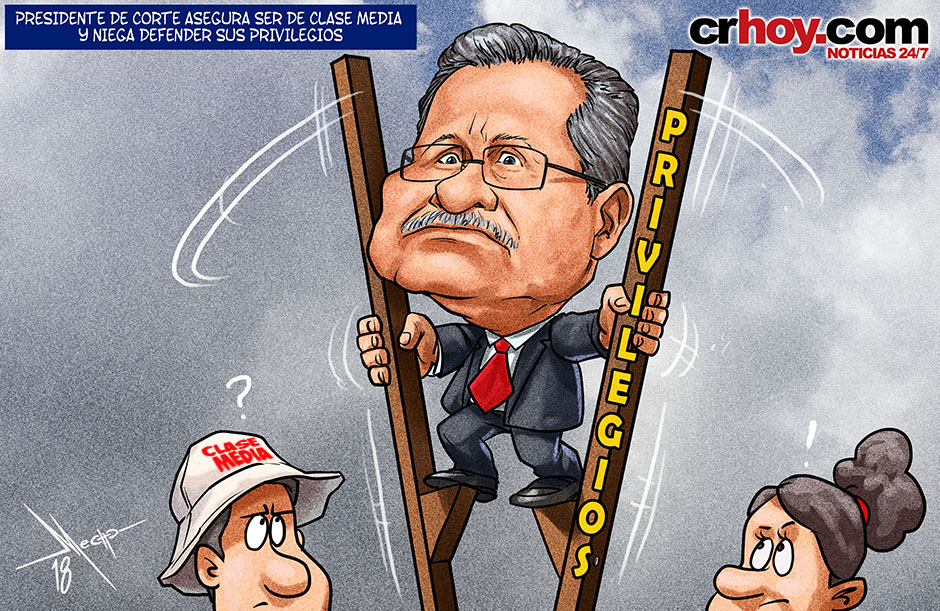 The president of the highest court in the land, Fernando Cruz, with a take home salary of ¢6.3 million monthly claims he is “middle class”.

In an interview with La Nacion on Tuesday (October 23), he said, ‘If they take away my salary, I will be in poverty’.

The tax reform bill before Cruz’s court calls for drastic cuts to the salaries and benefits of the Judiciary.

QCOSTARICA - A legal analysis carried out by experts...
Consumption