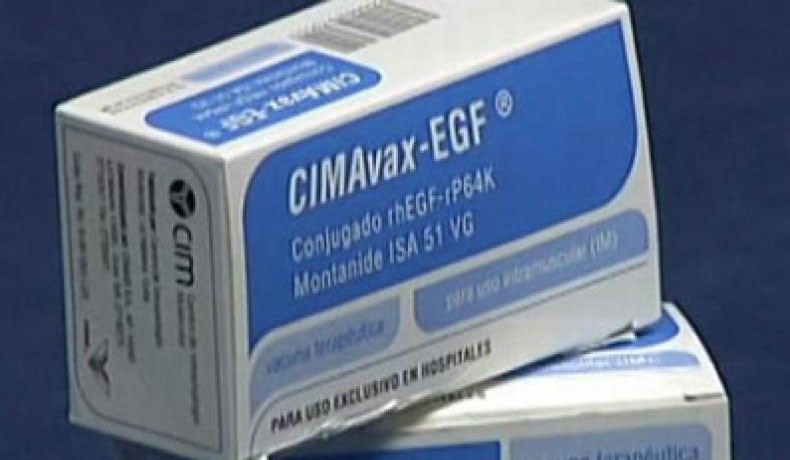 (Today Colombia) The Cuban vaccine to treat lung cancer, known as Cimavax, was presented to a group of experts attending the First International Symposium on Active Immunotherapy, hosted in Medellin, Colombia over the weekend.

The drug was developed in Cuba by the Center of Molecular Immunology and has been successful used to treat patients with advanced lung cancer.

The drug, considered a scientific achievement was developed over two decades in Cuba and has already been registered at the National Food and Drug Surveillance Institute in Colombia (INVIMA).

After presenting the medicine in the South American country, Cimavax could be marketed in the nation’s hospital network.

One of the great advantages of Cimavax is that it does not have side effects, as chemotherapy does, this was explained to the delegates from the different countries attended the scientific event in Medellin on Saturday and Sunday.

Cuban doctor, Tania Crombet, a specialist in Immunology and Doctor of the Higher Institute of Medical Sciences of Havana Sciences, presented the vaccine.

Dr. Kelvin Lee, Chair of the Department of Immunology at the Roswell Park Cancer Institute, and Dr. K. Govind Babu, MBBS in cancer medicine, with 26 years of experience in this field, were present during the presentation of the vaccine.

The drug allows the prolongation of life for up to five years, something almost unthinkable for those suffering from the disease in its advanced stage, until now the survival rate did not exceed 18 months.