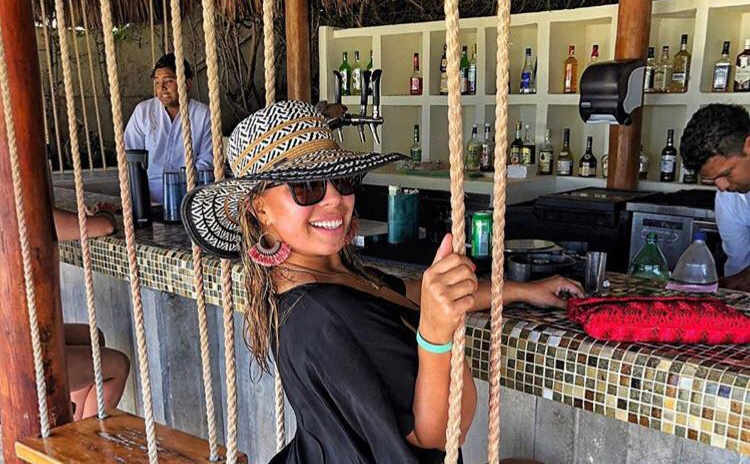 The expanded preliminary statement of the only accused of the murder the Venezuelan-American tourist, Carla Stefaniak, generates more concerns about the macabre case that occurred December last.

The suspect, a security guard surnamed Espinoza Martínez and of Nicaraguan nationality, provided a series of details that would reinforce the family’s belief that more than one person participated in the murder, pointed out by  David Hernández Suárez, one of the lawyers representing Stefaniak’s family.

The expanded declaratory by the suspect was made at the beginning of last week.

Espinoza Martínez, 32, was arrested on December 4, 2018. He was the security guard at the villas in San Antonio de Escazú where Stefaniak spent her last night alive, on November 27, in the country.

One of the aspects that most captivated the victim’s lawyers is that, according to suspect’s story, the villas were commonly held fo parties and activities with some sexual connotation – including drug use – by guests staying there.

The suspect assured that he was to keep “strict confidentiality” of what he saw inside the property.

Other details revealed in the statement referred to the specific case.

“He (Espinoza) mentions that it is impossible, according to the weight of victim (close to 90 kilos), that he could have moved her from the room where she stayed (an possibly killed) to the where her body was found (some 300 meters from the property). It is interesting, because, he says, that he considers that more people participated, but that he never had anything to do with the attack on the victim,” said Hernández.

The lawyer maintains that these new elements will be analyzed seriously and in a thorough manner and considers the additional statement inevitably causes more doubts.

“Some analysis and data related to the topography of the property and the buildings were added. He (Espinoza) adds that that day almost the majority of rooms were occupied. There were more people staying there. They are things you have to analyze. We have always thought that there were more people involved (…) He (Espinoza) is trying to evade his responsibility in the matter. We will wait for more forensic exam results. I understand that they are ready to release,” the lawyer added.

Currently, Espinoza is being held in preventive detention while the Organismo de Investigacion Judicial and the Fiscalia (Prosector’s Office) continue investigating the case.

Stefaniak was killed between Tuesday 27 and Wednesday 28 November 2018, apparently in an attempted sexual assault.

Possibly, as she tried to defend herself, she was beaten and cut with a knife and attacked with a metal pipe to the head that caused a stroke.

The crime analysis reveals Stefaniak repelled the attack because she had defensive wounds on her arms.

The distance between the rented villa and the place where the body was found – December 3 – is about 300 meters (3 blocks in Costa Rica). The reason Stefaniak’s relatives believe it difficult for a single person to have moved her such a distance.

In addition, the crime scene (the room where Stefaniak had stayed) was cleaned up quickly and the room rented to others.

In the US, Stefaniak’s family filed a complaint against the Airbnb platform – used by the victim to rent the room in the remote hills of Escazu – and against the property owners (a corporation).

In the complaint, they alleged that both companies did not verify the background and conditions of the accused, a man who was allegedly in Costa Rica illegally at the time of the murder.

Stefaniak, a resident Hallandale, a suburb near Miami, where he worked as an insurance agent, arrived in Costa Rica on November 22, in the company of her sister-in-law to celebrate her birthday and planned to return to Florida on Wednesday, November 28.

Her sister-in-law left the country the day before, Stefaniak staying the extra day, the day she would have her death.

During her stay in Costa Rica, prior to the fateful night, Stefaniak and sister-in-law visited the tourist destinations of Manuel Antonio (Quepos) and La Fortuna de San Carlos, among other places.

- Advertisement -
Paying the bills
Previous articleWhy does INS have a policy for drunk drivers?
Next articleManitoba (Canada) premier tweets photos of snow while vacationing in Costa Rica