5,000 masks were donated to passers-by on the "boulevard" of central avenue in a joint effort between the College of Physicians and Coopecaja

5,000 masks were donated to passers-by on the "boulevard" of central avenue in a joint effort between the College of Physicians and Coopecaja

(QCOSTARICA) A group of some 15 doctors and helpers gave away masks and taught how to use them correctly to passes by on the boulevard of downtown San Jose this Friday morning. 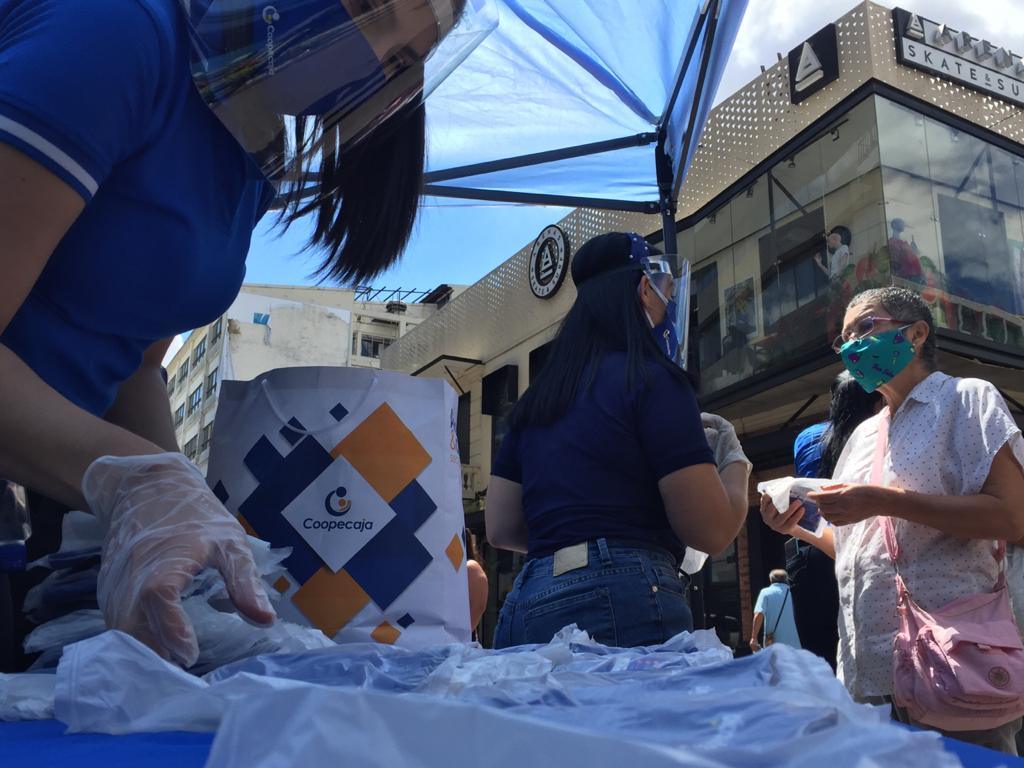 The group set up a tent in the area of the Central Bank (Banco Central) of Avenida Central, handing out some 5,000 masks.

The event, that took place Friday morning (until noon) was a cooperation between the College of Physicians and Surgeons and Coopecaja. 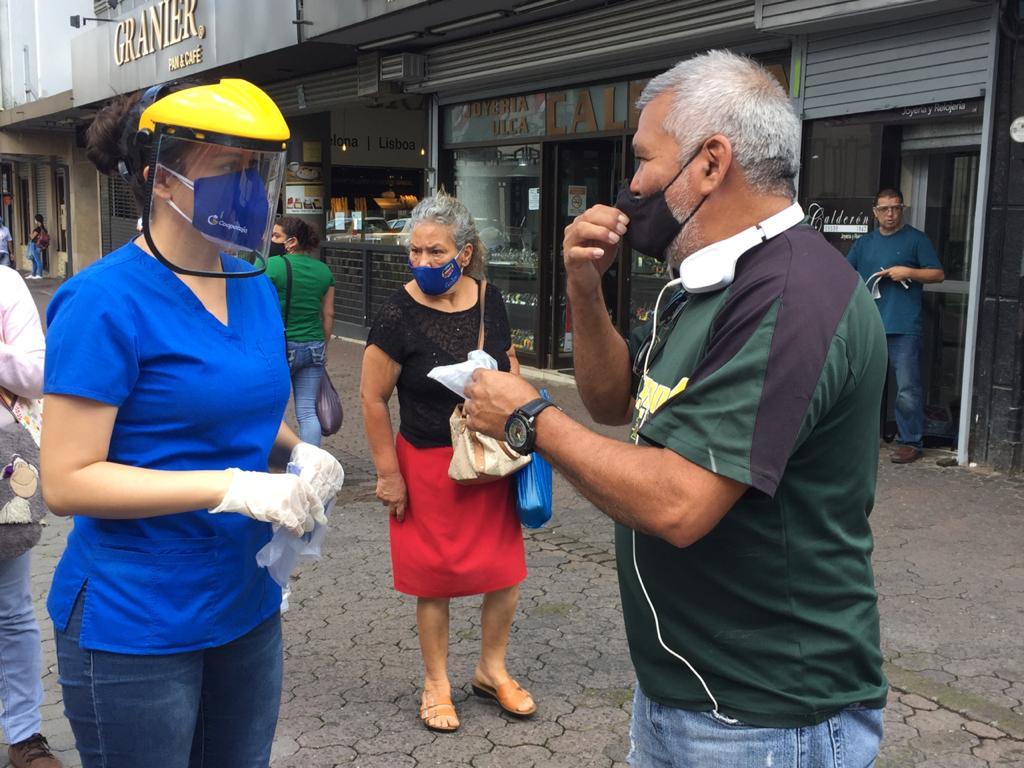 The measure, the College reported, is part of a solidarity and awareness campaign on the proper use of this personal protective equipment (PPE), the use of which is mandatory in closed spaces since September 9.

“The campaign also seeks to support the low-income population and contribute to economic reactivation since their acquisition has been from cooperative companies of women seamstresses,” the College reported in a press release. 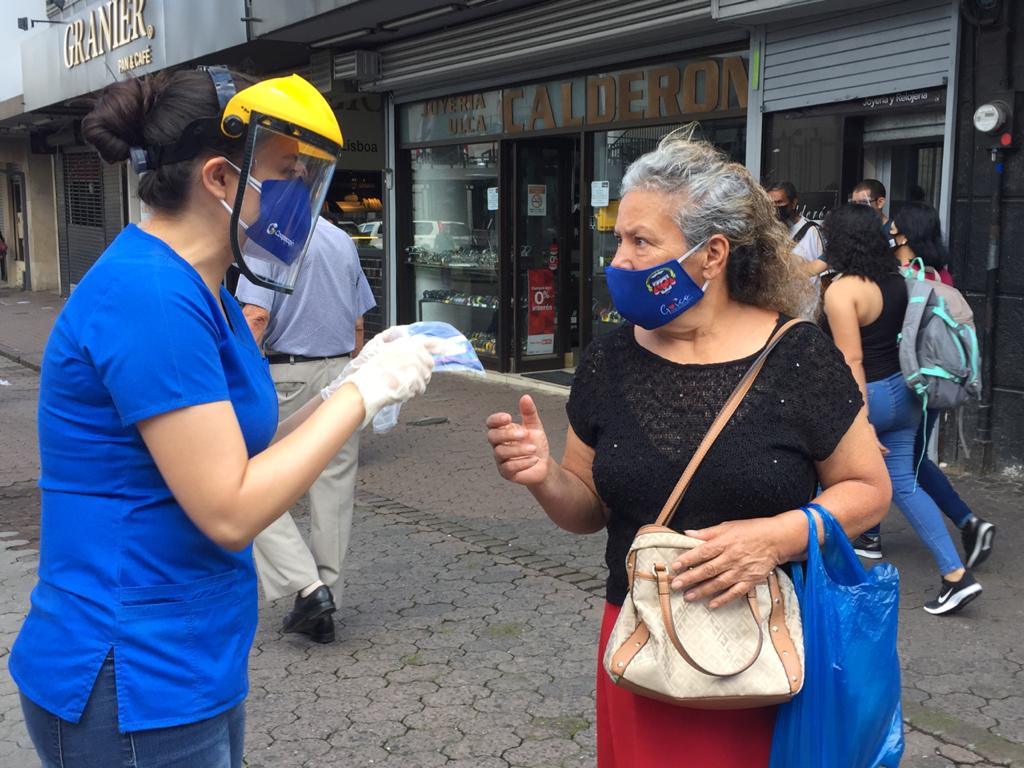 “At a time when the number of infections is much higher and we are experiencing an openness regarding health measures, we want to insist to the population in the proper use of the mask as a tool in the fight against COVID-19,” he said the president of the College of Physicians, Luis Carlos Pastor.

This initiative is part of the Coopecaja Protection program in partnership with the College of Physicians and Surgeons. 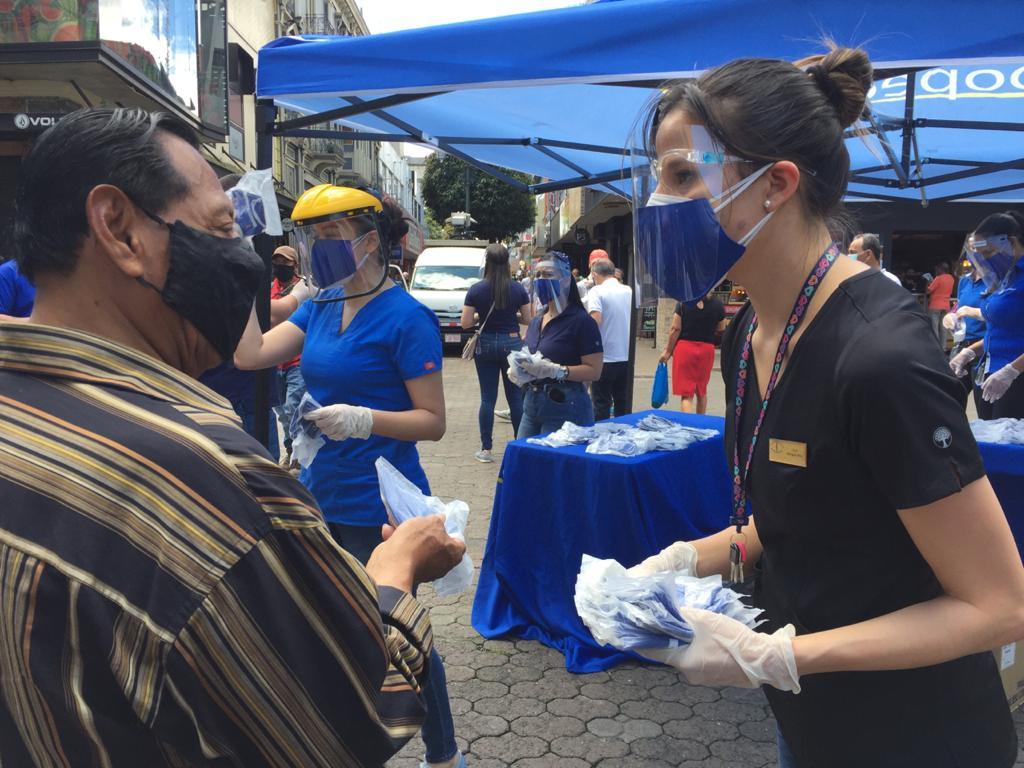 The medical manager of the Costa Rican Social Security Fund (CCSS), Mario Ruiz Cubillo, publicly thanked the initiative of the doctors during the Friday press conference.

As of Friday, September 18, Costa Rica has registered 686 deaths from causes related to COVID-19, and 62,374 accumulated cases since the first on March 6. In addition, there are 627 people hospitalized, 245 of them in an Intensive Care Unit (ICU).

Previous articleNeighbors support relatives of seven who died in an accident in Cartago: “Your pain is ours.”
Next articleCOVID-19 Costa Rica: 1,338 new cases for Saturday, Sept 19