This is the second time that the business was raided, the first was last September for links to human trafficking 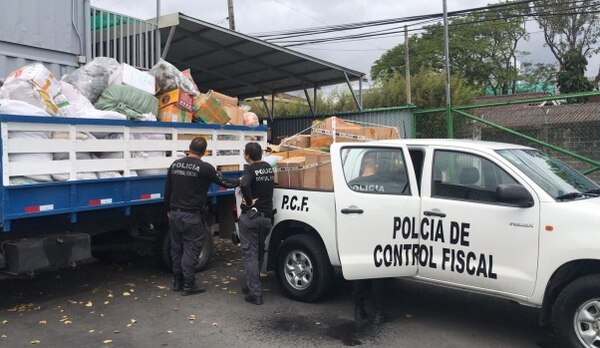 Like eating out? Careful where. One place maybe to avoid is the El Marisco Vivo in La Sabana, especially after the raid by the Policía de Control Fiscal (PCF) on Wednesday, resulting in the confiscation of canned products and vegetables of dubious origin. 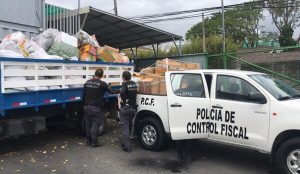 Irving Malespín, director of the PCF, said that the canned goods were grains and pastas that were entered into the country illegally and the legumes did not have the Ministerio de Agricultura y Ganadería (MAG) – Ministry of Agriculture and Livestock – approval.

“There is an imminent risk to health, in addition to the damage to the economy due to the tax evasion,” said Malespín.

This is not the first time the business was raided.

Last September the business was linked to a human trafficking network.

According to the ongoing investigation, the group brought in Orientals by plane from countries such as Peru, Ecuador or Colombia and while some remained illegally in Costa Rica, others went for their dream destination, the United States.

- Advertisement -
Paying the bills
Previous articleAvoid overpaying! “Gas” will have a fixed price starting May 17
Next articleDebi Nova will give a concert at La Avispa for their 40th