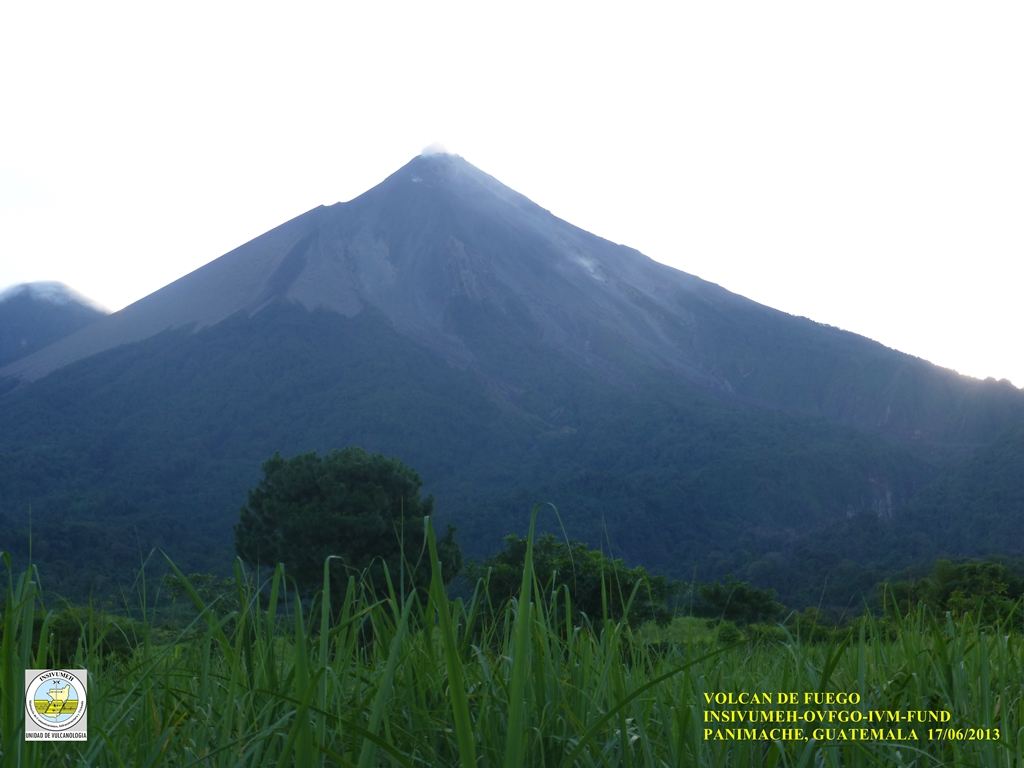 Fuego volcano intensified its explosions to moderate and strong, which generated alarm in the Guatemalan population located 35km from the volcanic perimeter, an official source announced today.

Today the activity maintains the expulsion of columns of gray ashes 4.500m above the sea level, moving to 12 km towards West, Southwest, and Northwest of the volcano, located 50km southwest of this capital city, said the Guatemalan National Institute for Seismology, Vulcanology, Meteorology and Hydrology (INSIVUMEH).

The maximum scientific institution in the country stated that all the blasts are accompanied by moderate and intense rumbling, causing shock waves, sensitive at more than 15 km, which make roofs and windows of houses vibrate even when they are in villages about 35km from the volcanic perimeter.

The INSIVUMEH considers if the activity persists, it may generate lava flows and pyroclastic running down the ravines around Fuego, located between the departments of Escuintla, Sacatepequez and Chimaltenango.

The National Coordinator for Disaster Reduction (CONRED) is carrying out the monitoring actions in nearby communities through the Prevention of Volcanoes Unit, for the reduction of disasters.

The CONRED remains on the institutional green alert and called on the population that lives next to the fire to remain calm, and be aware of the information from the authorities before an eventual evacuation.

The eruption of Fuego in September 2012 forced authorities to evacuate 10.000 people in surrounding areas.

- Advertisement -
Paying the bills
Previous articleCosta Rica, Ecuador Sign Maritime Boundary Deal
Next articleIt was a beautiful morning in Paradise: I got to have breakfast with 20 scarlet macaws!