(Q MAGAZINE) The Israeli Wonder Woman star didn’t get an Oscar at the 90th Academy Awards, but she proably won the hearts of viewers, who hadn’t been in love with her already. 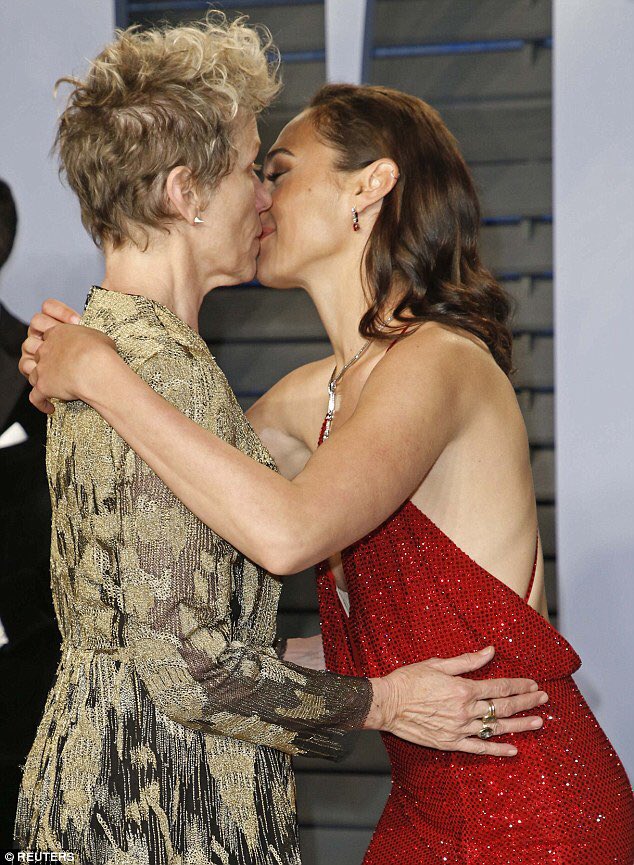 One of the most adorable moments during the ceremony occurred when Mark Hamill aka Luke Skywalker introduced himself to the former Miss Israel.

Mark Hamill introducing himself to Gal Gadot is pretty much the highlight of the #Oscars pic.twitter.com/86HrCM18Ut

But Frances McDormand got her far more excited than the Star Wars legend: the 32-year old showered the Best Actress winner with affection at the Vanity Fair party after the ceremony.

Frances, who had delivered a powerful speech about diversity as she accepted her award, was genuinely happy to turn her attention to the stunning Gal as the two stars chatted away.

Star Wars’ Last Jedi May Use the Force of Quantum Science