Filling up at the wrong gasoline station could leave you shortchanged on the amount of fuel you are actually paying for and/or the quality.

According to the  Autoridad Raeguladora de los Servicios Públicos (Aresep), 5% of the country’s gasoline station do not pump the amount of fuel customers are being charged for. The information is based on an inspection of 348 gasoline stations across the country during the first quarter of 2013.

The results indicate that 12 stations were shortchanging customers, while 5 were found with quality problems, that includes sediment and low octane.

Aresep spokesperson, Carolina Mora, said that the gas stations face fines from ¢1.9 to ¢7.7 million colones and the rescinding of their concession.

The gasoline station with dispensing problems are: 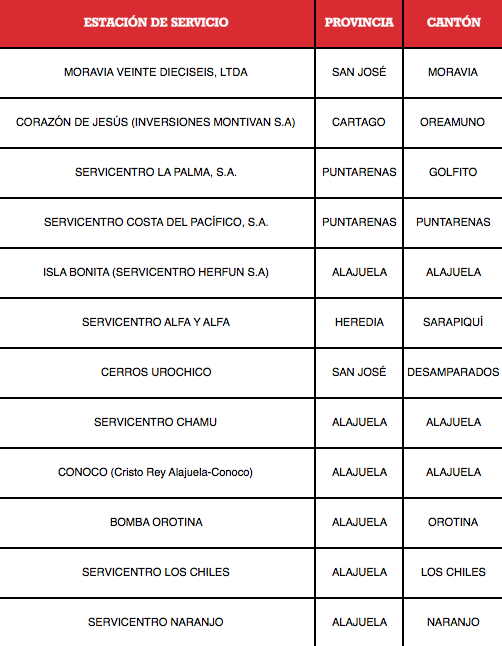 The station with problems in quality control are: 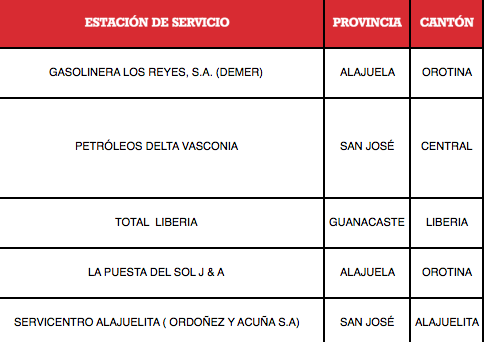