How Will America’s Warming To Cuba Affect Costa Rica’s Tourism? 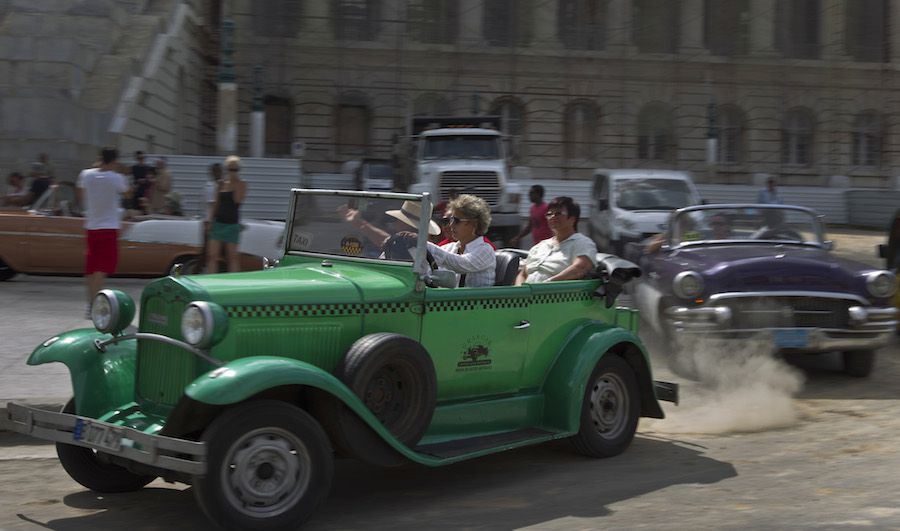 Now, with news that the US and Cuba will start talks on normalizing full diplomatic relations, the flow of Americans into Cuba will likely increase.

What does this mean for Costa Rica, with half of its tourist arrivals from America? Some say it will totally kill the already declining tourism industry, an industry is seen by many as too expensive.

While the proposed easing of travel restrictions won’t necessarily allow for regular tourism, it is expected that travel by Americans to Cuba will be easier. This doesn’t mean that the island will suddenly open for tourism. It does, however, give hope to the US travel industry, that they soon will be able to send tourists to Cuba.

But, in the hours following the announcement by President Barack Obama, the US travel industry began to carefully eye Cuba tourism.

Travel booking site Orbitz quickly jumped into the fray Wednesday, saying that the decision will hopefully pave the way for open travel between Cuba and the U.S. for both country’s citizens.

“We look forward to the day – hopefully soon – when all Americans have the opportunity to travel to Cuba,” CEO Barney Harford said in a statement. “There are numerous economic, social and cultural benefits that will flow from free and open access and our customers are eager to visit Cuba.

Airlines like American, JetBlue and Delta, for example, that carry tourists to Costa Rica daily, already have flights to La Habana (Havana), though it’s a very small part of their business. It won’t be too difficult for them to expand their service.

“We’re doing it because we want to exercise our muscles and understand how you operate into this country. What happens with parts, quarantine, crews,” JetBlue airways CEO David Barger told The Associated Press last year. “Just understanding what happens, if in fact there’s a normalization.”

JetBlue started flying Cuba charters in September 2011. The first route was Fort Lauderdale, Florida, to Havana. Other flights were added. Then at the end of 2013, JetBlue looked to Tampa for more flights between Florida and Cuba. The first was a flight to Havana, then one to Santa Clara.

American Airlines dominates many of the routes to Latin America with its hub in Miami. It’s run charters to Cuba for more than 15 years, according to spokeswoman Martha Pantin. It now operates 12 to 14 weekly flights from Miami to Havana, Holguin, Santa Clara and Cienfuegos and from Tampa to Havana and Holguin.

The latest data from the World Bank shows that Cuba was one of the top destinations in the Caribbean, seeing roughly 2.8 million international tourist arrivals in 2012, up from 2.5 million in 2010. That’s more that Costa Rica’s 2.340 million arrivals in 2012, according to the Costa Rica tourism board, the ICT.

In private discussions with friends involved in the tourism sector here, there is concern over yesterday’s news. I’ve said it before, once Cuba opens up it will be bad news for Costa Rica. Although the flock of Americans away from Costa Rica, headed for Cuba, won’t be tomorrow, it is expected to happen.

Will Costa Rica be ready?

For more posts like this visit my blog at TICO BULL.