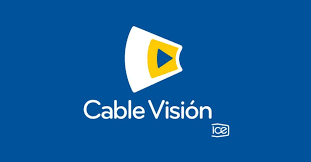 The dismissal will cover the entire staff of the subsidiary that it took over completely last December, as confirmed by Jaime Palermo, ICE corporate manager.

According to the official, the severance notice was sent to 220 people this morning. The 30-day notice will also serve parent ICE to analyze how many of the staff it could assume.

Palermo also confirmed the disappearance of the Cable Vision brand, henceforth, all services will be only under the Kolbi brand.

“It is a process in which ICE made a gamble to support the issue of fixed telephony and fixed data. From the point of view of the business, it did not obtain the expected results and the Board of Directors made the decision to absorb the company,” added the ICE manager.

The lay off was not a surprise for the workers, Palermo said he personally notified the worker’s union on May 30.

According to Palermo, ICE tried to save the company, throwing Cable Vision a lifeline of ¢23 billion colones between 2014 and 2017, after the purchase in 2013 for US$12.3 million dollars.

Costa Rica's Telecable has gotten into the spirit of Christmas giving...
Read more