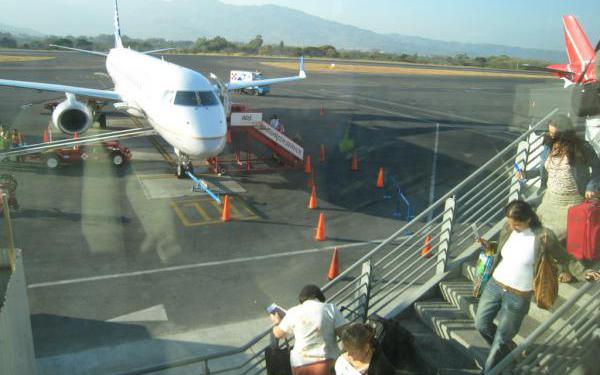 QCOSTARICA – It may not have happened to you, to anyone you know, at the airport and finding yourself with a restriction from leaving the country, an “impedimento de salida” in Spanish.

One man, facing this situation, filed an appeal with the Constitutional Court saying his personal freedom and his right to travel freely were violated.

The Court agreed and for that reason ordered the Dirección General de Migración y Extranjería (immigration service) to ensure that their databases are current and synchronized with the Poder Judicial (the Judiciary), within the next six months.

“The administration is obligated to organize so as not to trample the fundamental rights of the people”, assured the magistrates.

In its decision, no 2015-5054, the Court found that there had been an unlawful restriction of freedom of transit of the appellant, and that on November 2014, the Court Registry (Registro Judicial) had informed the immigration service by email, the  elimination of the restriction; however the restriction was maintained and lacked justification.

In a press release, the Constitutional Court stated that it has reiterated on several occasions that the fundamental rights of a person not be trampled due to administrative errors, prohibiting a person for leaving the country.

Travel restrictions or “impedimento de salidas” can be placed against an individual facing a criminal proceeding, and issued by the Poder Ejecutivo, the ministro de Gobernación y Policía or the Dirección General, in accordance with Article 34 of the Ley General de Migración y Exranjeria.

Besides impedimentos de salidas, justifiable causes for restrictions on leaving the country include a person not having immigration documents required in accordance with the provisions of the legislation, not paid the corresponding exit taxes or is a minor and does not have the proper authorization.

At the airport
Passengers leaving the international airports in Costa Rica are required arrive at the commercial airline counter at least one hour prior to their flight departure. The time is required for the airline to submit the list of passengers to the immigration service, who then cross check with their database. If a passenger has a travel restriction, they will not be permitted to board their flight.

In the past, each passenger would, after checking with the airline, submit their documents to an immigration official for an exit stamp.

The process now works behind the scenes, the airlines doing an en masse submission, and passengers are never interviewed by an immigration official. Unless there is a problem.

- Advertisement -
Paying the bills
Previous articleTourism: How Much Does it Pay to Be “Green”?
Next articleItalian Firm Partially Acquires Costa Rica Coffee Producer and Distributor