In Costa Rica, Crime Does Pay. Until …

Dominant drug gang in the southern zone used violence, taking advantage of the disappearance of other criminal groups to consolidate their power.

A criminal gang operating in Perez Zeledon and Buenos Aires de Puntarenas, in the southern zone, dealing in illegal drugs such as marijuana, cocaine and crack, had sales of more than ¢20 million colones a week. Until.

Until … Wednesday … when the Organismo de Investigación Judicial (OIJ), knocked on the door of 34 homes, warehouses and distribution points in both cities linked to the organization.

The judicial police said on a weekly basis the group, made up of 28 people, sold at least five kilos of cocaine and up to 22 kilos of marijuana.

Mauricio Boraschi, deputy prosecutor, said that during the investigation it was established that the marijuana was brought in from Costa Rica Caribbean, while cocaine was presumed to have come by way of Panama.

The organization was led by two half brothers by the surnames Arce Chaves, 41, and Chaves Rodríguez, 30, who with the help of their sister, identified with the surnames Espinoza Chaves, recruited in two years 25 more people to help them in the distribution, transportation and storage of illegal drugs.

Chaves Rodríguez was recently sentenced to eight years in prison for drug trafficking; however, was freed on conditional release, the record indicating that one of his employees in the crime group as his employer.

“The group had two routes of operation, one was through the express method, for which they had sales representatives who delivered and distributed the drugs to clients and the other was the establishment of bunkers or static distribution centers, where users arrived to buy the product,” explained the director of OIJ, Wálter Espinoza.

According to authorities, this criminal group had a dominant position in the illegal drug market, taking advantage of the disappearance of other criminal groups to consolidate their power. 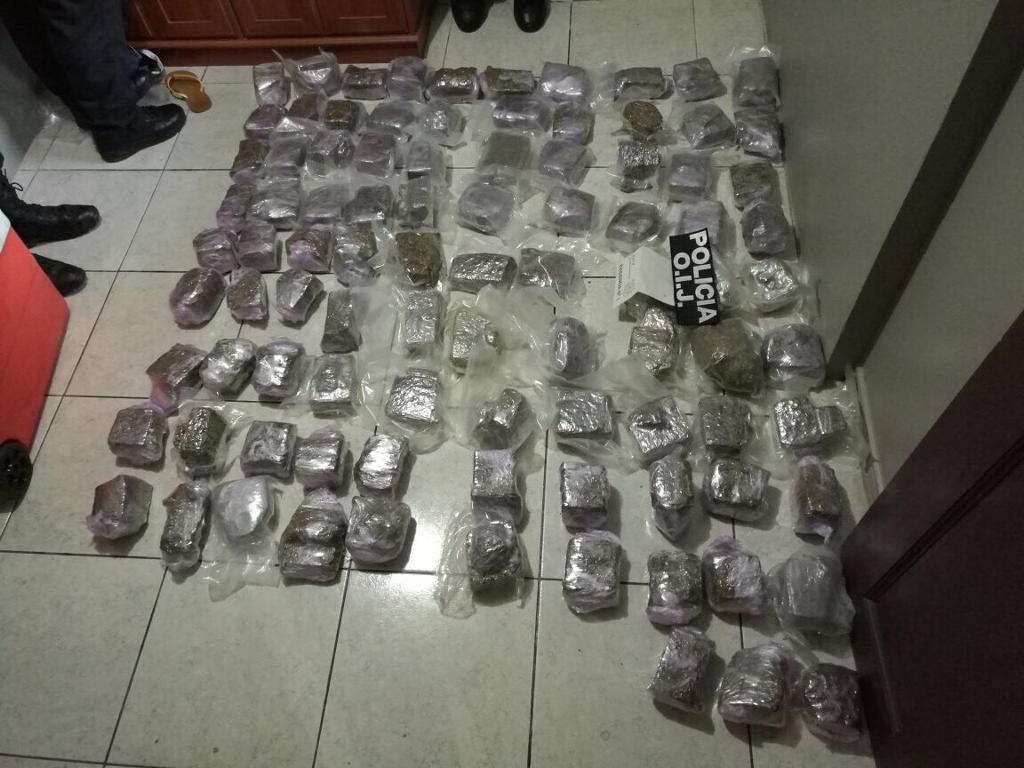 Espinoza added that, in addition to drug trafficking, the group is linked to two attempted murders, assaults and threats, methods they used to collect debts and threaten rivals.

Rounding out the group was a financial advisor, a man named Quirós, who was responsible legitimizing or launder money from the sale.

Espinoza said that the financier exchanges colones for dollars and worked “to insert the money into the financial system so that the organization could continue their illegitimately work without raising suspicions.”

The proceeds from the sale of drugs were used for the purchase of vehicles and property; However, it is not established, at the moment, how many assets the band bought in total.

“They generated at least ¢20 million colones a week, which they invested in vehicles, social activities, and entertainment, a lifestyle compatible with what many traffickers who generate large profits,” Espinoza explained.

In the raids, OIJ agents seized three luxury vehicles, a shotgun, handguns and AK-47 weapons, along with a quantity of marijuana, cocaine and cash.

Espinoza did not indicate who long the group had been operating or had any direct times to the recent spate of drug motivated killings that have made daily headlines.