Increase in Crime with Return of Tourists 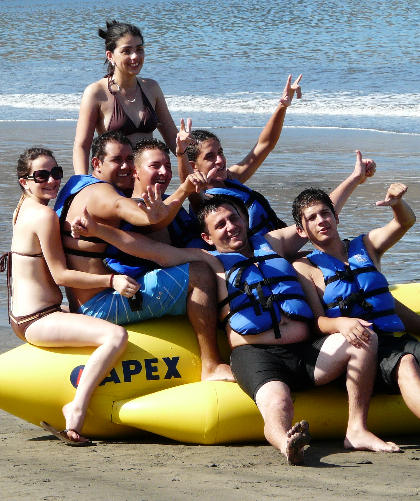 By Arianna McKinney, Voice of Nosara/QCostarica

During the first 15 days of November, the beginning of tourist season, the tourist police reported an increase in the number of crimes against property. At the same time, Jeison Vargas, tourist police chief in Guiones, assured that this is what the tourist police are here for and that they are visiting the area businesses every day. 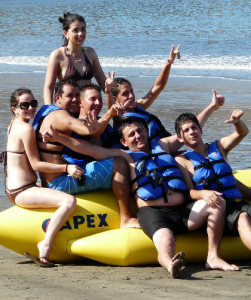 The police advise taking necessary precautions to ensure that lodging places are secure. Vargas noted that the experience of being robbed would more likely to cause tourists to avoid the area than having bars on their windows for security.

Luis Eduardo Jimenez, chief of the Organism of Justice (OIJ) for the Nicoya region, confirmed that overall crime in the Nosara area has decreased and that most thefts are happening in the houses of tourists.
Photo Giordano Campini

Vargas related that in the district of Nosara, they were able to detain six people during the first 15 days of November, three for robbery and three for carrying weapons and drugs, specifically two 20-cm knives and 5 joints of marijuana. These men were denounced for selling cellular phones that were suspected to be robbed. However, Vargas explained that upon investigation they found out the phones were really imitations of brand name phones that were being passed off as the real thing.  One of the men had just been released from prison for homicide and another had previously been detained for carrying a firearm.

Two men who took a bicycle from a hotel in Samara, one Colombian and one Tico, fled in the direction of Nosara. They were intercepted and pursued all the way to Marbella of Santa Cruz, where the Guiones tourist police were able to capture them.

All of these suspects were released under the order of the district attorney. Although they will do so in freedom, Vargas assured that they will have to face the justice process. “The important thing is knowing them,” Vargas said. “With their photos on file, they are not likely to return to the area”.

QCOSTARICA - The morning warming and the entry of...
Brazil