The band was formed in Leyton, East London, in 1975 by bassist and primary songwriter Steve Harris. The band’s discography has grown to thirty-eight albums, including sixteen studio albums, eleven live albums, four EPs, and seven compilations.

Pioneers of the New Wave of British Heavy Metal, Iron Maiden achieved initial success during the early 1980s. After several line-up changes, the band went on to release a series of UK and US platinum and gold albums, including 1982’s The Number of the Beast, 1983’s Piece of Mind, 1984’s Powerslave, 1985’s live release Live After Death, 1986’s Somewhere in Time and 1988’s Seventh Son of a Seventh Son.

Despite little radio or television support, Iron Maiden are considered one of the most successful heavy metal bands in history, with The Observer reporting in 2015 that the band have sold over 90 million albums worldwide. The band won the Ivor Novello Award for international achievement in 2002. As of October 2013, the band have played over 2000 live shows throughout their career. For the past 35 years, the band have been supported by their famous mascot, “Eddie”, who has appeared on almost all of their album and single covers, as well as in their live shows.

Iron Maiden were ranked No. 24 in VH1’s “100 Greatest Artists of Hard Rock”, No. 4 in MTV’s “Top 10 Greatest Heavy Metal Bands of All Time” and No. 3 in VH1 Classic’s “Top 20 Metal Bands”. According to Guitar World, Iron Maiden’s music has “influenced generations of newer metal acts, from legends like Metallica to current stars like Avenged Sevenfold,”[206] with Metallica drummer Lars Ulrich commenting that he has “always had an incredible amount of respect and admiration for them.”

The band arrives in Costa Rica on its own Boeing 747, named “Ed Force One“, carrying the band, crew and 12 tons of equipment through 6 of the 7 continents, visit around 35 countries on this tour, flying over 55,000 miles (88,500km) including first visit to China. 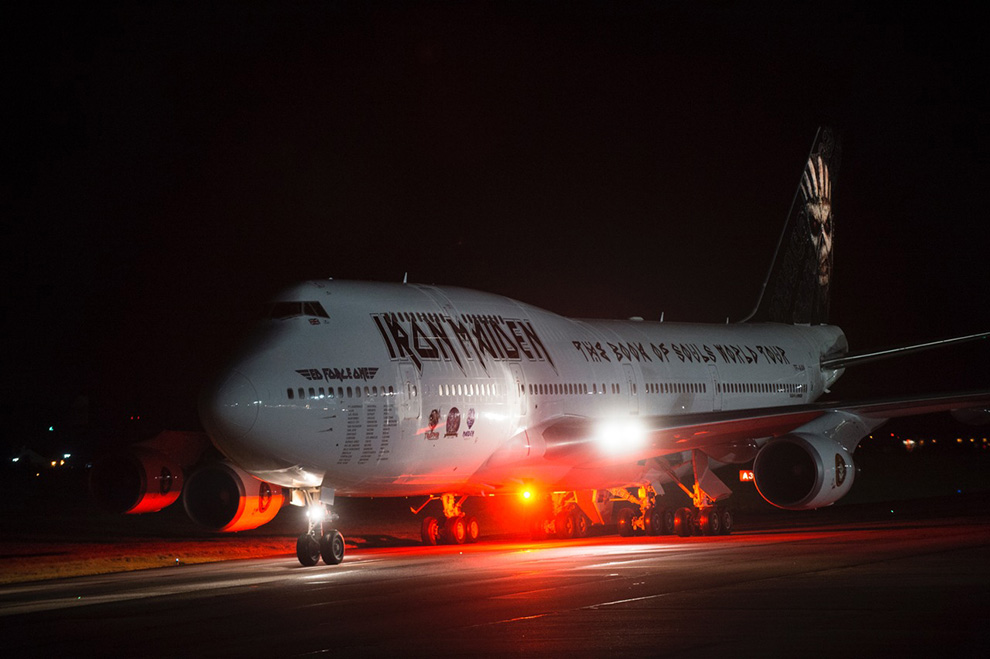 If you want to follow the band, after Costa Rica they will be hitting Santiago (Chile), then two concerts in Argentina and five in Brazil (no Zika worries there), before hitting New York on March 30.

The Costa Rica event takes place at the Saprissa stadium in Tibas. Gates open at 6:00pm.

Tickets are still available at eticket.cr.

- Advertisement -
Paying the bills
Previous article[BLOG] The Concept of Democracy and The Right To Vote
Next articleIn the name of Lucifer: James No. GCoL Opens Its Doors In Costa Rica