Is It Time To Worry Yet?

For so many years Costa Rica was laid back, pleasant, one could walk in the streets and almost always nod or gave a verbal salutation to someone coming in the opposite direction. A lomng established tradition, a friendly tradition, a nonthreatening tradition. 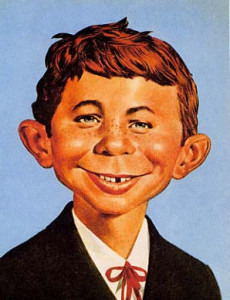 Now we keep an eye out for a hidden knife, a gang robbery or a mugging.

Central America has had its share of violent violent issues, especially in the 70s and 80s and to a lesser extent the early 90s. To the north was the perennial battles of Nicaragua and to the south a power struggles between the right and left resulting in a new and brutal dictator, Manuel Noriega.

But then something happened, peace broke out. The question for Costa Rica is if it can remain in that state or do we have our own violence to fear.

Costa Rica is not a leader, a well known fact that has very few original ideas to avoid or even solve problems. And we don’t consider much until after the fact. For example: The bridge gets maintenance only after it falls down and someone has been accused of a pay off.

We do adore the United States although never admitting to it out loud. We want the phone, the clothes, the cars, and the flat screen 3D television…Mostly for show.

However for the last five years Costa Rica has had blinders on not to mention the country has been and remains one rife, embellished in hate, home grown as well as foreign terrorism, unexplained mass killings such as the Columbine School shootings, the Aura Colorado shootings, Times Square bombing, the infamous Boston bombings even an attack on marching mothers parading with joy to celebrate their day in New Orleans. There have even been three ricin attempts to kill a senator, mayor and Barack Obama.

This does not even count the young man who was discovered with pounds of pipe bombs, grenades and Molotov cocktails under the floor boards in his bedroom last week because he wanted to surpass the Columbine High School massacre.

To the north of us it seems as if the most peaceful country around and perhaps even a valuable buffer preventing what we could be important from Honduras, etc. is Nicaragua.

Lying in wait which s tacit impunity resulting in  the largest collective homicide statistics in the world according to the United Nations organized crime data, neighbor country gangs and foreign narco trafficantes have resulted in 7.3 homicides per 1,000 in Costa Rica compared to, for example 32.2, 57.5 and 36.8 in Honduras, El Salvador and Guatemala.

Yet in recent years Costa Rica has not gone unscathed. In fact the one institution we cherish the most, democracy, has fallen out of favor to only a 60% approval and a national government approved by just 13% of the population. That is 28 points less than Assad of Syria.

Like the other Central American countries we have runaway and unabated corruption from top to bottom, violent criminals that have been set free time after time, small, but still armed gangs that patrol neighborhoods collecting protection money from residents. We are seeing more and more physical demonstrations against government both local and national and all this is only a matter headed towards a dangerous escalation if it goes on unabated.

QCOSTARICA - Ever wonder why your surfing on the Internet slows down, to even a crawl, mainly in the evenings? This is due to...
Cine (Movies)