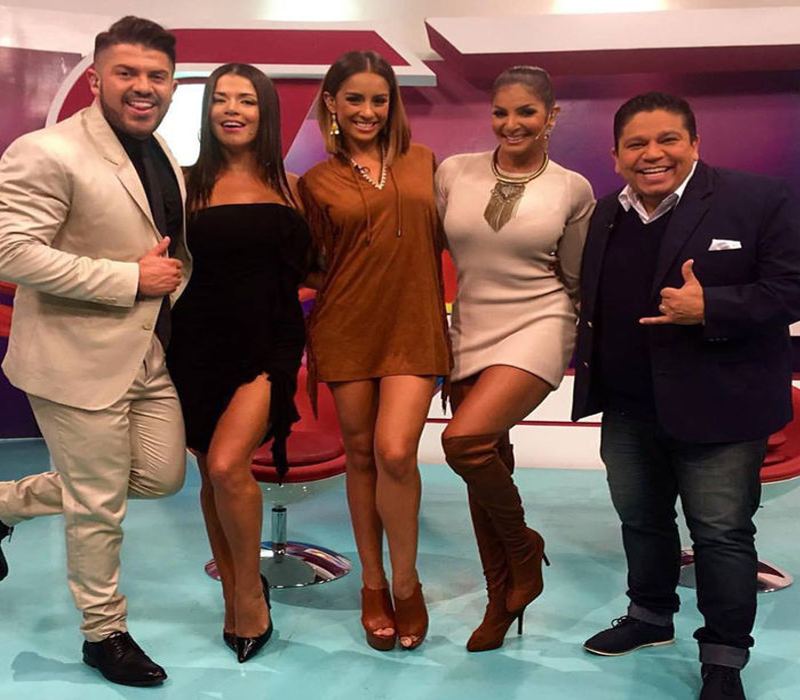 Journalist and model Jalé Berahimi insists her sudden resignation from the ‘Intrusos de la farándula’ television show has nothing do with the altercation with show host Mariana Loranca.

On her Facebook page, Berahimi insists she is leaving the show to pursue her lime of swimwear and maintains a close friendship with Loranca.

“It has nothing to do with it. I gave the reasons why I’m leaving the show yesterday. And that is all I’ll say,” Berahimi said Saturday morning, following a consultation by telephone.

Weeks ago, on air, a discussion over travelling and doing things alone as a woman led to a series of strong words back and forth between Loranca and Berahimi, the former calling Berahimi “jealous” because she did not even know Europe.

In response, Berahimi said she was born in Spain and raised in Dubai and called the hostess a “muerte de hambre” (deadbeat), Loranca telling Berahimi to look at a world map, as Dubai is not in Europe.

“(…) One thing has nothing to do with the other, the altercation in the program was a while ago and that Mariana and I before being coworkers have been friends, confidants we call each other on the phone and bare all … she knows me well and knows how I am (lousy) for jokes and sometimes have no filter…we spoke and humbly accept my mistake!” said Berahimi.

Gaston Carrera, producer of the television program, was emphatic that the resignation of Berahimi has to do with her personal project and not the row with Loranca.

“I do not understand what that (the resignation) has to do with the altercation,” said Carrera. “They all (journalists and presenters) have views that do not coincide with each other,” added the producer.

Berahimi will be with the television station until July 22. According to Carrera, he is looking for her replacement, but is in no hurry. He appears calm about Berahimi’s loss, saying “the program has many years on the air and people have come and gone. Its part of the evolution of show business”.

QCOSTARICA - After years of deterioration and antiquity, work...
Cine (Movies)