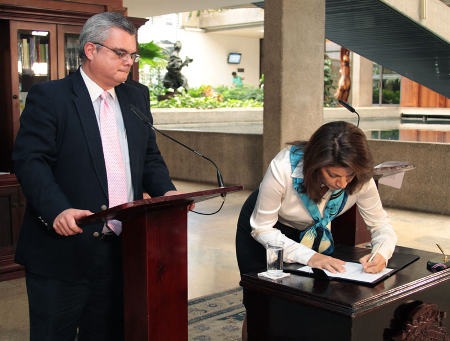 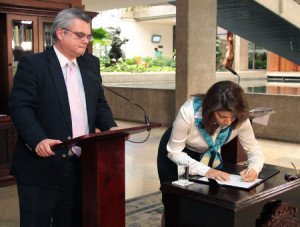 Fernando Ferraro, the Ministro de Justicia, is stepping down to assume the post of Secretary General of the Conference of Ministers of Justice of Ibero-American Countries (COMJIB), based in Madrid, Spain.

According to Ferraro, Presidenta Laura Chinchilla put his name on the list and on Wednesday was notified of his election.

Ferrado said last night that he is not leaving his post until a replacement has been named, someone who, he said, will not lower the guard in the fight against the prison crisis in the country.

QCOSTARICA - Within the framework of the B2B Forum...
Nicaragua