MADRID – The father of Keylor Navas, Freddy, said at the screening of the film “Hombre de Fé” (Man of Faith), a biography of his son, “is a source of pride for his family and for Costa Rica”. 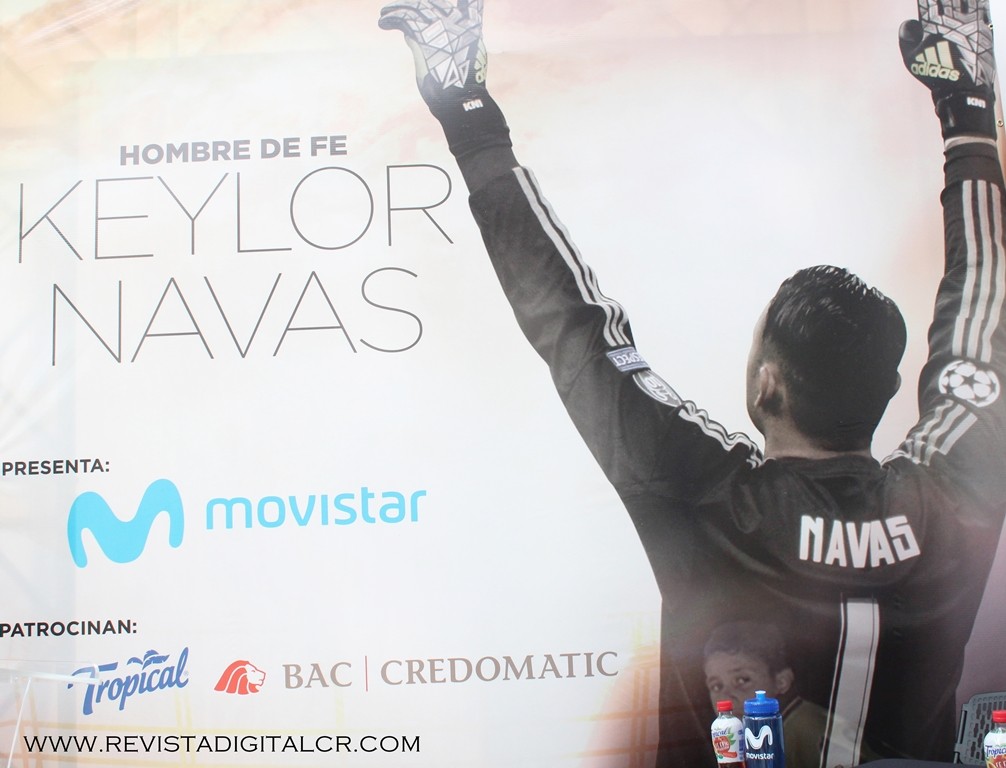 Freddy was emphatic regarding whether Keylor Navas, who plays for Real Madrid, would manage to hold the UEFA Champions League trophy high for the third consecutive year on Saturday, May 26 in Kiev, Ukraine, in its final match against Liverpool saying “We’re going to celebrate a third Champions League (cup).”

Regarding criticism of his son, he said that he doesn’t give it any “importance” and that he thinks about “the good moments.”

He did not want to talk about Keylor’s future, but he emphasized that his son is doing “very well and enjoying” playing for Europe’s current champion soccer team, adding, “Who wouldn’t like playing for Real Madrid.”

Arguably, Alessandro Florenzi might be a tad biased, but when it...
Read more

(QCOSTARICA) Costa Rica's Keylor Navas has COVID-19, as reported by the...
Read more

QCOSTARICA - The Municipality of Heredia will place four surveillance cameras on a section of the General Cañas highway that has registered an escalation...
Economic Recovery

QCOSTARICA - With 89,263 international arrivals, March became the month with the best tourist visitation to Costa Rica since the gradual reopening of the...
Redaqted

QCOSTARICA - KLM announced, this Monday, April 19, that it will reactivate its flights between the Netherlands and Costa Rica, starting on June 29. The...
Health

QCOSTARICA - The number of patients with covid-19 is advancing by leaps and bounds. This Monday, 571 people were hospitalized, 263 in an Intensive...
Front Page

QCOSTARICA - Following is a translation of the editorial in La Nacion Friday following the report that the last 3 kilometers of the expansion...
Health

QCOSTARICA - This Monday, April 29, 2021, Costa Rica began vaccinations with the Astra Zeneca vaccine with the Minister of Health, Daniel Salas, being...
HQ

QCOSTARICA - Emily Vega Espinoza, 43, tragically lost her life when the car she was driving crashed head-on into a tanker truck. The incident occurred...
Health

CCSS receives donation of 10,000 vials of fentanyl from El Salvador

QCOSTARICA - The Caja Costarricense de Seguro Social (CCSS) will receive a donation of 10,000 vials of fentanyl from the Ministry of Health of...
Cuba

Q24N (La Habana) Cuba turned the page on the governments of the Castro brothers, with the retirement on Monday of Raúl Castro, 89, in...