COSTA RICA NEWS – Costa Rica’s participation in the World Cup in Brazil has been good for business, especially for vendors of televisions, tablets and liquor. 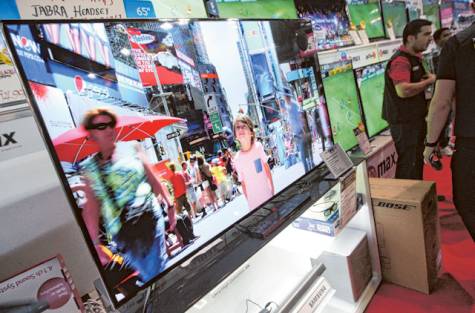 According to the Cámara de Comercio de Costa Rica (Chamber of Commerce) sales in television sets and tablets have increased at some retailers by as much as 80% during the World Cup start.

“They’re pretty rosy figures, having driven much trade and in the case of the Cervecería de Costa Rica they speak of up to 10% or 15% increase in sales … trade in general is up 10% in all articles tied to the World Cup. But there has also been increases in the sale of other products, ” said Francisco Llobet, president of the Cámara.

Retailers saw the World Cup business to be positive, but not to the level that they have seen since the middle of June, the start of the World Cup games, fueled by the success of the national team, making history with each game.

Special pricing and offers of savings have enticed customers.

“The great performance of La Sel has meant more and more people are looking to buy bigger TV’s to watch the game,” said Llobet.

“If there is a win today (Saturday against the Netherlands) it could mean something amazing, meaning an expectation of increases (of sales) in all sectors,” in the opinion of Llobet.