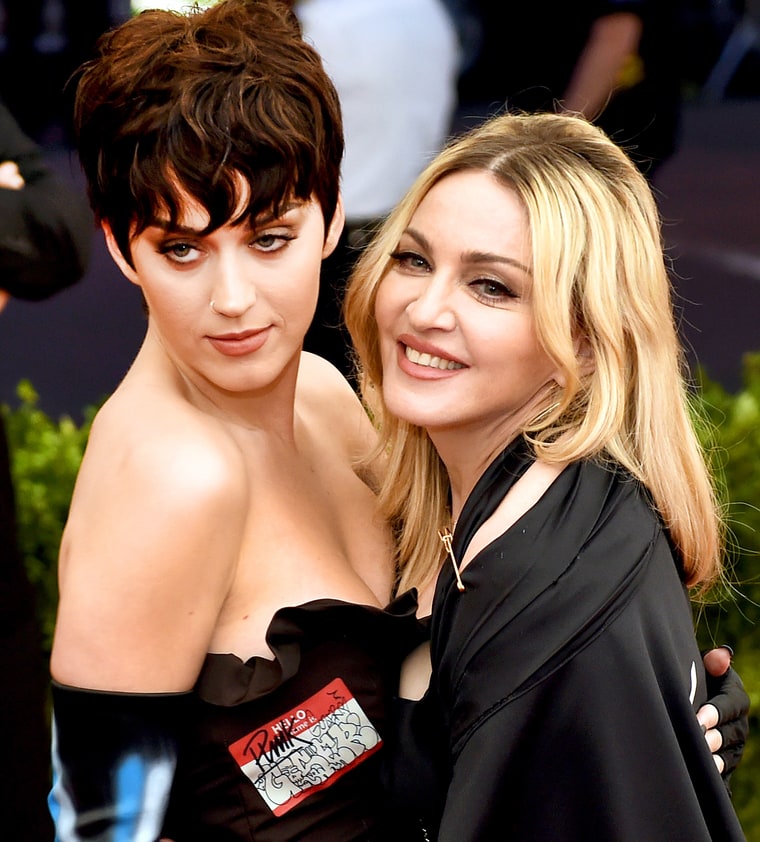 (CONFIDENTIAL) “Politics makes strange bedfellows”, is the famous quote by Charles Dudley Warner, defined as to bring together people who otherwise have little in common.

And what in common does HilLary Clinton have with Madonna and Katy Perry? Nothing, probably, except that the latter two are taking their clothes off in support of the former, in her bid to become President of the United States.

In the picture you see the 58-year-old Queen of Pop from the nose down to her cleavage, and she is wearing a glistening grill in her teeth.

“Women Run the World now they have to get out and start supporting one another.

“No more misogynist feminists! No more mysogony. Get out and Vote (sic).”

On Tuesday, Katy Perry, a prominent Hillary supporter, shared a light-hearted clip on her Twitter page where she turns up to vote in the buff, but soon runs into trouble when the police turn up to arrest her.

She finds herself in the back of a police car next to a fellow naturist voter.

The superstar said she’s going to use her body as “clickbait” in the daring video.

QMAGAZINE - After the death of the former Argentine player, Diego...
Read more

Hondurans fleeing poverty and violence – who make up most of...
Read more