A 16 year old girl is custody this afternoon, responsible for abandoning her newborn in a dumpster in Tibás. 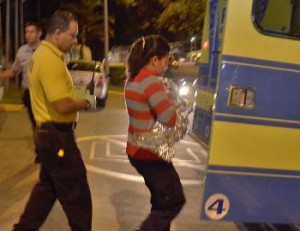 The young girl’s mother is who called authoriries after her daughter confessed to her what happened.

According to the young girl, her parents did not know she was pregnant, hiding her weight gain during the nine months. She told authorities she had the baby at home and then decided to abandon it.

The biological father appears to be another minor who never knew the girl was pregnant.

Following a medical exam, the young mother is in good health.

The baby, as we learned yesterday, is in the care of the staff at the Children’s hospital in San José and doing fine.