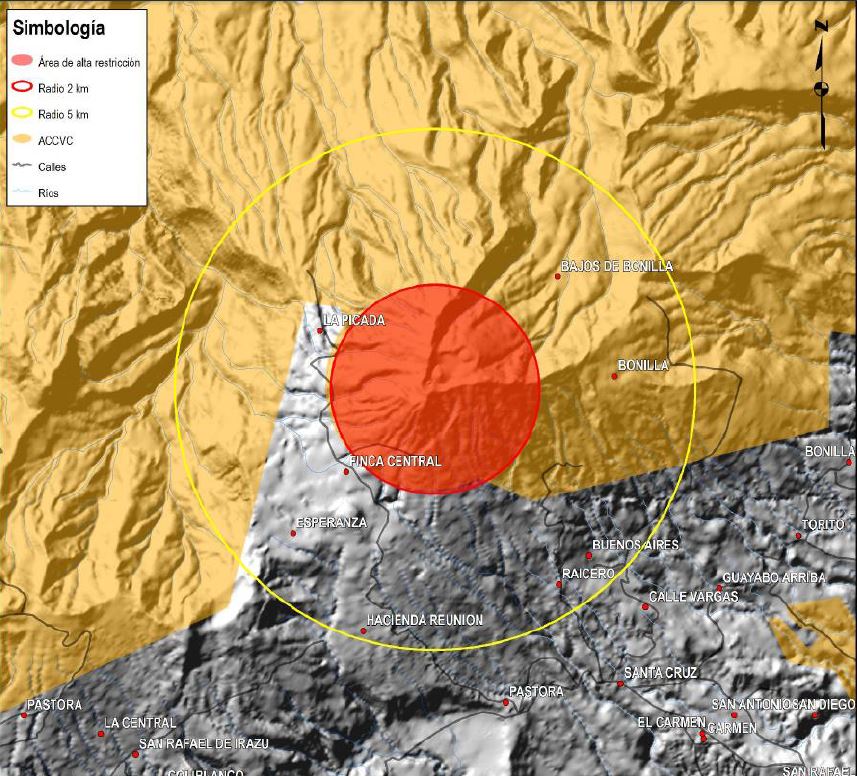 QCOSTARICA – The National Emergency Commission (Comisión Nacional de Emergencias – CNE) has activated a contingency plan in the event of three possible types of eruptions in the Turrialba Volcano (vulcaniana, pliniana and estromboliana).

The head of Research and Analysis at the CNE, Lidier Esquivel, explained the plan takes into account not only the types of eruptions that could occur, but the geography of the area, surrounding communities and the type of impact, among other things.

The plan establishes evacuation routes, meeting points and recommendations to improve communication between national park authorities and first responders, such as medical centers and rescue teams.

Under the plan, in an area of up to two kilometers from the volcano, the presence of people is completely prohibited due to the possibility of expulsion of incandescent material and large diameter rocks.

From 2 to 5 kilometers, the middle impact area, allowed are only rescue workers and on site investigators.

The CNE says it has carried out four emergency drills to measure the responsiveness based on the contingency plan, primarily in the actions for the care of people and animals.

Esquivel says the protocol was developed from 2012 with the national park authorities and members of municipal committees for emergencies.

Officials of the CNE confirmed that the activity of the volcano has decreased this week, but are maintaining an active surveillance in case an emergency arises.