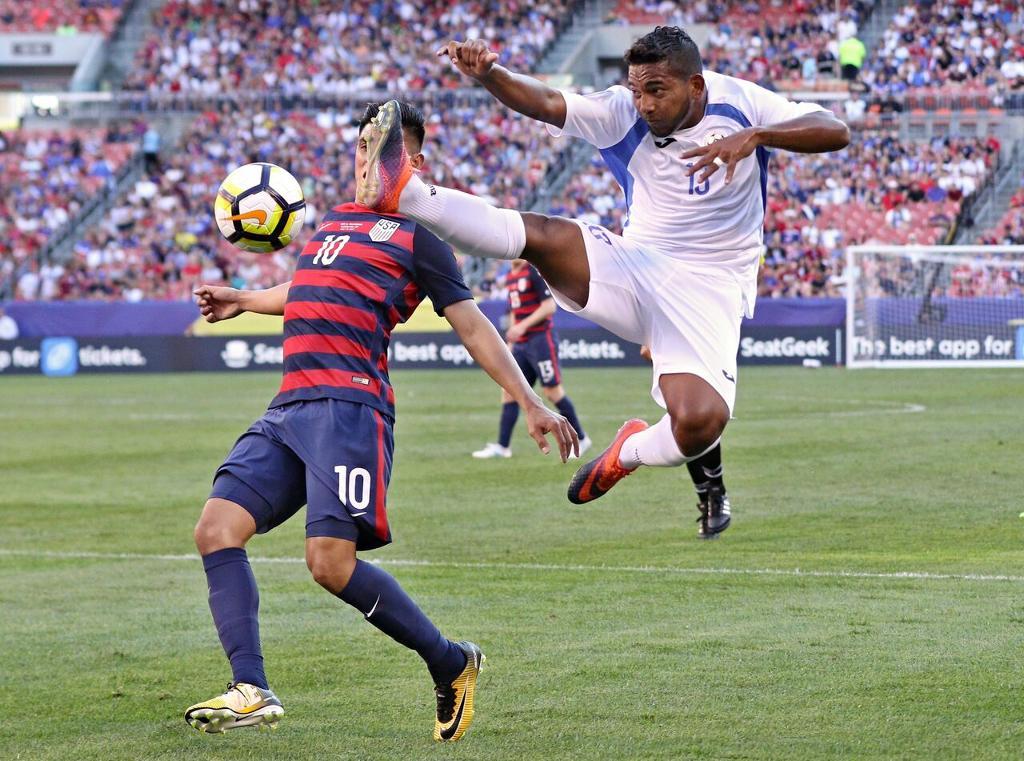 Matt Miazga scored on a closer-range header from Graham Zusi’s corner kick in the 88th minute, giving the United States first place in its CONCACAF Gold Cup group with a 3-0 victory over Nicaragua on Saturday night.

Panama’s 3-0 win over Martinique meant the U.S. needed a three-goal win to move back over Los Canaleros into first. Joe Corona scored his first international goal in four years in the 37th minute and Kelyn Rowe doubled the lead in the 56th with his first international goal, but the U.S. squandered opportunities when Dom Dwyer and Corona took poor penalty kicks in the second half that easily were saved by Justo Lorente.

QCOSTARICA - From the gallows humor department is the...
News