Once Again, Costa Rica Named Happiest Country In The World 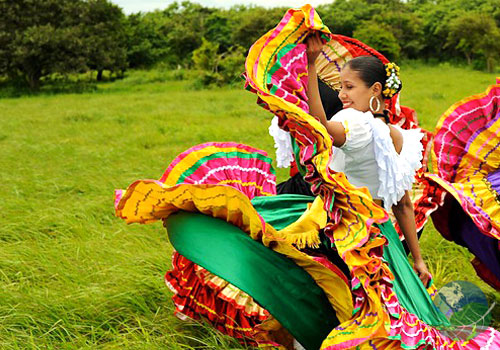 (QCostarica) Once again Costa Rica has been named the most sustainably happy country in the world.

Published by the New Economics Foundation, the 2016 Happy Planet Index (HPI) results are in and Costa Rica topped the rankings for the third time.

For 2016, the HPI seeks to move away from purely economic measures of happiness and instead ranks countries by how much happiness they get from the amount of environmental resources used.  The HPI measures a country’s happiness in relation to the wellbeing, life expectancy and social inequality and then dividing it by its ecological footprint.

According to the HPI, in Costa Rica, people are living longer, and are more satisfied with life than people living in the U.S.  What really sets the country apart is that it manages to combine long, happy lives with an environmental impact that’s little more than one third of the size of the USA’s.

Abolishing its army (in 1948) and reallocating resources to funding education, health and pensions and the culture of forming solid social networks of friends, families and neighbourhoods are among the factors that contributing to Costa Rican’s high wellbeing.

Environmental protection and renewable resources – 99% of electricity used there comes from renewable sources –  has placed Costa Rica far ahead of many wealthier nations, the government having committed the country to becoming carbon neutral by 2021.

But its success, scoring top place on the HPI, demonstrates that there are alternatives to the development paths that have been followed in the West. It provides a shining example of a country that is well on its way to creating good lives that don’t cost the Earth.

The others
In second place is Mexico despite the country being plagued by growing corruption and gang violence. Colombia was named in third place on the list, with good scores for both happiness and eco-footprint. Fourth is Vanuatu a South Pacific Ocean nation made up of roughly 80 islands. In fifth place is Vietnam, followed by Panama in sixth and Nicaragua seventh.  Bangladesh, ranking eight is one of the world’s most densely populated countries. Ninth is Thailand. And rounding out the top 10 is Ecuador in tenth spot of the world’s 140.

- Advertisement -
Paying the bills
Previous articleThings I’ve Learned As A Latina In The U.S.
Next articleReady For The Long Weekend?