The Nicaraguans who left Panama due to the effect of the pandemic are now stuck in no man's land between Costa Rica and Panama. Reasons for Nicaragua's denial of entry still a mystery.

The Nicaraguans who left Panama due to the effect of the pandemic are now stuck in no man's land between Costa Rica and Panama. Reasons for Nicaragua's denial of entry still a mystery.

(QCOSTARICA) A group of Nicaraguans are stranded in no man’s land, between Costa Rica and Nicaragua, waiting on the government of Daniel Ortega to allow them in.

The group, having a difficult time in Panama due to the effects of the pandemic of that nation, traveled by bus, after Costa Rica authorities the border-to-border crossing, only to be denied entry by their own country. 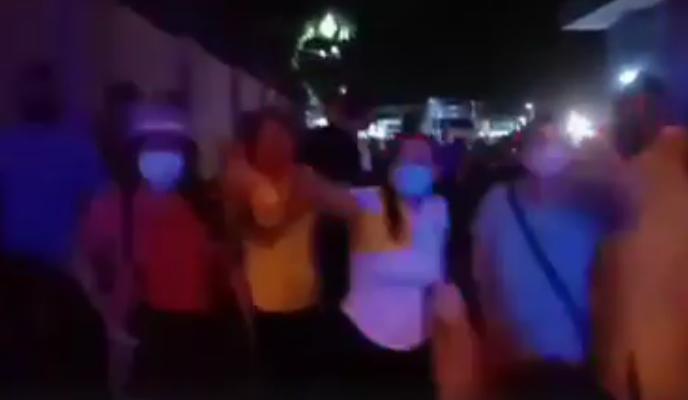 The group continues to wait.

“They cannot give me water because Daniel Ortega will sanction him”

The reasons why they are denied entry to their country remains a mystery.

“Let us pass,” the Nicaraguans shouted to Sandinista authorities, who were blocking the way.

“They aren’t giving us an explanation, they can’t give us any water, we don’t have a job, we don’t have money, we have three days without food, tired of this trip,” said one woman, who stated that she is pregnant.

Another citizen thanked the Costa Rican police for accompanying them to the border.

A Nicaraguan lamented that Sandinista officials denied him water “They cannot give me water because Daniel Ortega will sanction him,” he said annoyed.

Another group of Nicaraguans in Panama is organizing a “big caravan” of between 15 to 20 buses to return to their country of origin.

The COVID-19 pandemic left many Nicaraguan women out of work and without resources to meet their expenses, who are trying to leave Panama.

The president of the Association of Naturalized Residents ( ARENA) from Panama, Rafael Rodríguez, said “they are not interested in a stay in Costa Rica, they just want to get home, to Nicaragua”.

Today, Sunday, June 6, only ODDS can circulate. The measure is countrywide and applied between 5:00 am and 9:00 pm, save for those under...