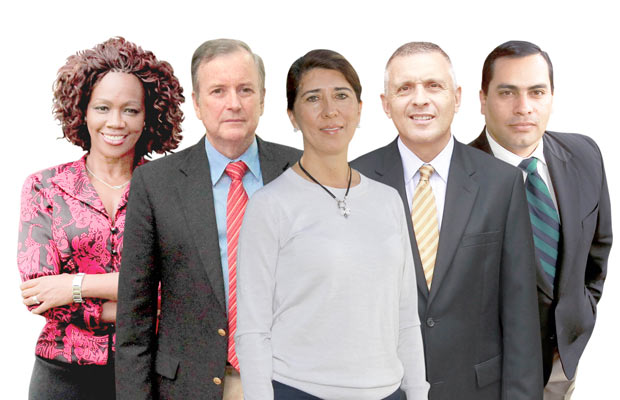 With a little over two weeks to go, the Presidential candidates have been busy presenting their economic teams, a group of people to assist the new president face the country’s most pressing issue.

The five will join well-known economists with close ties to the PAC, such as Otton Solis, Epsy Campbell, and José Francisco Pacheco, who were with Carlos since the first round campaign. There is also talk of Édgar Robles joining the PAC team.

Camacho said the alliance between the PAC and the PUSC “…implies that the next government will not be a single party, but an alliance, with an agenda and a work team that draws on both sectors.”

“It is in this context, Don Carlos Alvarado has asked me to preside over the economic advice of his government and, from there, coordinate the economic team. I have accepted, based on an agenda previously agreed to develop a central government,” she explained.

It is still unknown for sure, what will be the appointments for specific positions, such as Minister of Finance or president of the Central Bank or other ministries related to the economy, in both parties.

Regardless of which of the two Alvarado (no relation) will take office on April 1, they will have a team of professionals ready to help move the country economically.