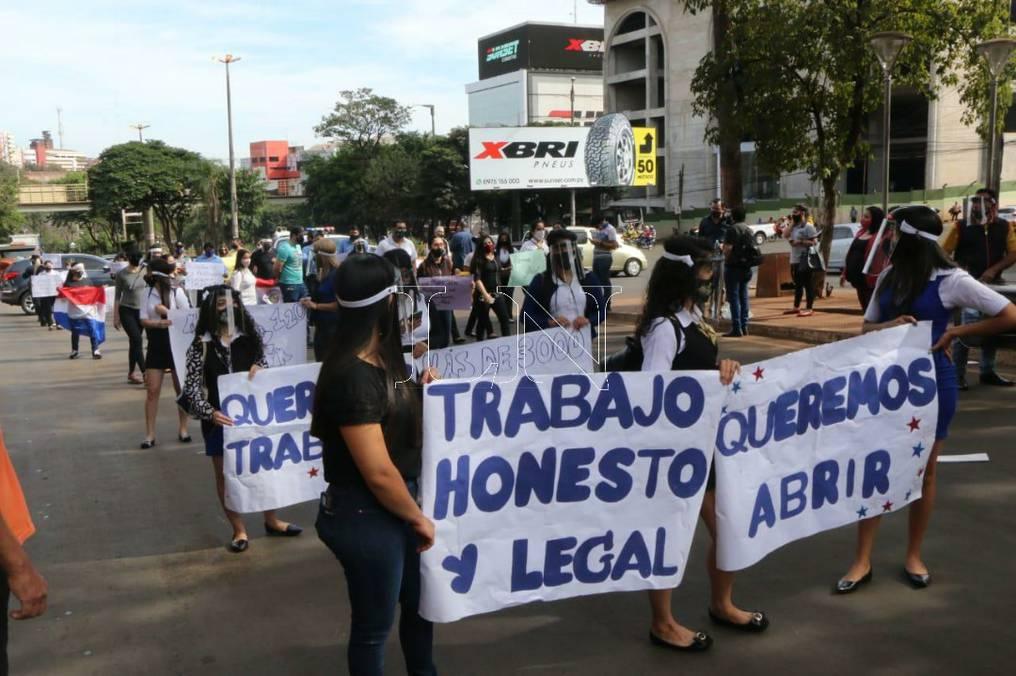 (Q24N) Protesters from Ciudad del Este and neighboring towns mobilized on Wednesday to oppose the return to quarantine mandated by the government of Mario Abdo Benítez due to the increase of COVID-19 infections in the region of Alto Paraná.

The police officer and the military attacked the demonstrators as they arrived at the surroundings of the Friendship Bridge on Wednesday night.

teleSUR´s correspondent in Paraguay Osvaldo Zayas says that shootings could be heard and citizens threw stones at the military. Furthermore, people set fire to several objects including an empty truck that was parked on the street.

On the other hand, local media outlet ADNdigital claims that the protests were summoned via social media, and some users urged to confront the police in case they tried to stop the demonstration. Moreover, the citizens said the government was selling the country and it was irresponsible and looting.

As COVID-19 infections rose, the government imposed new measures in Alto Paraná, returning the department to the “smart pre-quarantine” phase for two weeks and only some economic activities are allowed. The city reports 80 percent of total active COVID-18 cases in the country.

On the other hand, the city of Alto Paraná relies heavily on commercial exchange with bordering Brazil so the measures taken by the government would lead to an economic disaster for its population, demonstrators said. As protests continues, Twitter users from the city claim that several are hurt.

(QCOSTARICA) Costa Rica, which in March, April and May became one...
Read more